If you have not yet found an exchange for trading cryptocurrencies, then we suggest opening an account on Binance – the best cryptocurrency exchange. 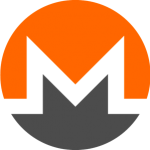 Monero is the best cryptocurrency at the moment if privacy is your main concern. The protocol is so secure that you can't even see the number of transactions between different parties.

Monero uses sophisticated cryptographic methods to protect users' personal data, such as RingCT and Kovri ring signatures. The only weakness is a complex cryptographic system, because of which the transaction size is 50 times larger than bitcoin. 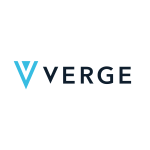 Unlike most other anonymous cryptocurrencies, Verge does not use cryptograph to ensure confidentiality. Verge uses the Tor protocol and the I2P network.

Such a system was chosen so that users could see the status of their transactions. Having a public registry is mandatory if you want to give people the opportunity to check it.

However, the TOR system prevents the identification of users, unlike cryptocurrencies based on a public block chain. So, Verge is indeed an anonymous cryptocurrency, but without using cryptographic security to achieve it. 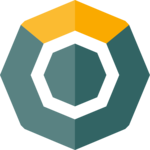 Komodo uses zk-SNARK technology, which is also used by Zcash. This is due to the fact that Komodo is a fork of Zcash. To stand out, they added an improved consensus algorithm to enhance the security of the system.

Komodo is not just another anonymous cryptocurrency. Members of the development team are also trying to focus on transactions between blockchains and have a decentralized exchange (DEX). If you use Komodo, you can expect some very interesting updates in the future. 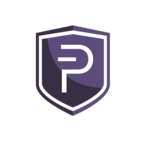 PIVX is one of the best anonymous cryptocurrencies, stands for Private Instant Verified Transaction. It belongs to the DASH blockchain.

The advantage of this cryptocurrency is that transactions occur immediately, and the data remains hidden from both the sender and the recipient. This is very different from Monero, where an anonymous transaction can take quite a long time to complete.

PIVX is one of the PoS (Proof of Stake) cryptocurrencies implementing the Zercoin protocol. The currency differs in the speed of transactions. 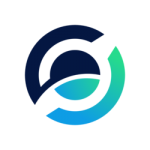 Horizon, formerly called ZenCash, is also a fork of Zcash and uses the zk-SNARK system. The Horizon project is characterized by ease of use for the user. The system consists of different wallets working through secure nodes. This creates the basis for increased privacy at the expense of secure nodes. 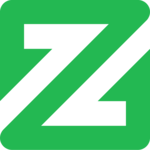 ZCoin guarantees anonymity of transactions through its Zerocoin protocol. However, when creating this cryptocurrency, the team used what they call a "reliable setup" to make the protocol work properly. They had to rely on trusted people to set the initial parameters, which could be a problem if these people decide to manipulate the system to their advantage.

This issue is currently being addressed by a development team that is trying to remove this previously reliable parameter. Once this is done, ZCoin can become an interesting anonymous crypto asset. 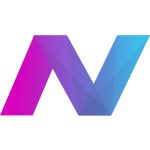 NavCoin is the most underrated anonymous cryptocurrency. This is due to the fact that they have a centralization problem to ensure anonymity.

NavCoin does not use cryptography to work. They use a concealment strategy using a secondary block chain that runs parallel to the main block chain. Unfortunately, this is done through NavTech servers, which does not allow for optimal decentralization.

In case of an attack on the server, users' personal data may be compromised. However, the NavCoin team tries to ensure that NavTech servers only work through a network of nodes. If this becomes a reality, the cryptocurrency willet to have a sufficiently high level of decentralization. 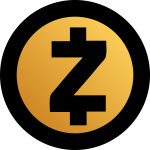 Zcash is an anonymous cryptocurrency with a unique approach to privacy. It is based on the zk-SNARK protocol, also known as "zero-knowledge proof". This protocol does not reflect real information about users.

It should be noted that users must have at least 4 GB of RAM to ensure confidentiality for sending a transaction. This is one of the biggest problems with the increasing use of this cryptocurrency. 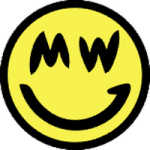 Grin was launched in 2019, and it is a fairly new cryptocurrency. GRIN has a standard privacy feature that is very rare. This feature is the MimbleWimble protocol, which allows data to be erased without compromising the security of the block chain.

This is very unusual for a crypto project and therefore unique. Traditionally, it is impossible to change the contents of the blockchain. Of course, this ensures that someone will never be able to erase their data, and this is an important part for users who want more privacy. Thus, Grin is a suitable cryptocurrency for people who want to use cryptocurrency with complete anonymity. 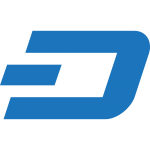 DASH is the most popular anonymous cryptocurrency. However, we should note that some critics believe that Dash is not as private as its developers claim.

Dash uses the Privatesend method, which hides the origin of the funds. It should be noted that anonymous sending is not standard a function for DASH, and its inclusion will lead to an increase in transaction costs.

See also what brokers there are with DASH trading.

Why do you need to conduct anonymous transactions?

One of the main reasons for the creation of Bitcoin was the desire to become free from banks and governments. Its creator, Satoshi Nakamoto, believed that our privacy was not sufficiently protected, and that bankers controlled our personal information too much.

Each anonymous cryptocurrency has its own technology for anonymizing transactions. Therefore, always carefully study the method used to know if you can actually perform an anonymous transaction.

All you need to do to use DEX is to switch to the DEX platform and link an external wallet. To do this, you can use a wallet for which you do not need to register with personal data, for example MetaMask.

At the moment when you start buying cryptocurrency and really want to do it as anonymously as possible, it is best to use the TOR network or a VPN connection.

Many traders seek anonymity to hide their personal lives. However, while maintaining anonymity, the fees are higher than the current market price. The transaction time is slower with the accepted transaction limit, and the risks are higher. So you will have to pay a price to remain anonymous.

Read also the article"Where can I pay with bitcoins?".