What awaits Bitcoin in 2021 - coronavirus and halving

How to make money on coronavirus? What is the effect of coronavirus on bitcoin? When will bitcoin be halving and what to expect from it? Is it worth buying bitcoin now? What are the forecasts for bitcoin in 2021?

The COVID-19 coronavirus pandemic has had a huge impact on global stock markets. Since late February, the underlying stock indices of Australia, the USA and the UK fell by about 30% amid unprecedented volatility.

Analysts predict that countries that close borders and businesses in response to a growing threat to health, as well as disputes between the world's largest oil producers, because of which oil prices are rapidly falling, are in the midst of a global recession.

However, while shareholders suffered heavy losses, many traders can take advantage of the market crash to find new trading opportunities in the financial markets. Whatever your approach, now is the time to review your investment portfolio and consider further actions.

In light of the recent events related to coronavirus, bitcoin is of increasing interest to traders and investors . No wonder it is called "digital gold", since it was created just for such crises. Of course, bitcoin fell very much along with all stock indices, but after a couple of days it began to recover, while the stock market continued to fall. Today we will look at the effect of coronavirus on bitcoin, how to make money on coronavirus, and what role cryptocurrencies will play in the future.

The effect of coronavirus on bitcoin 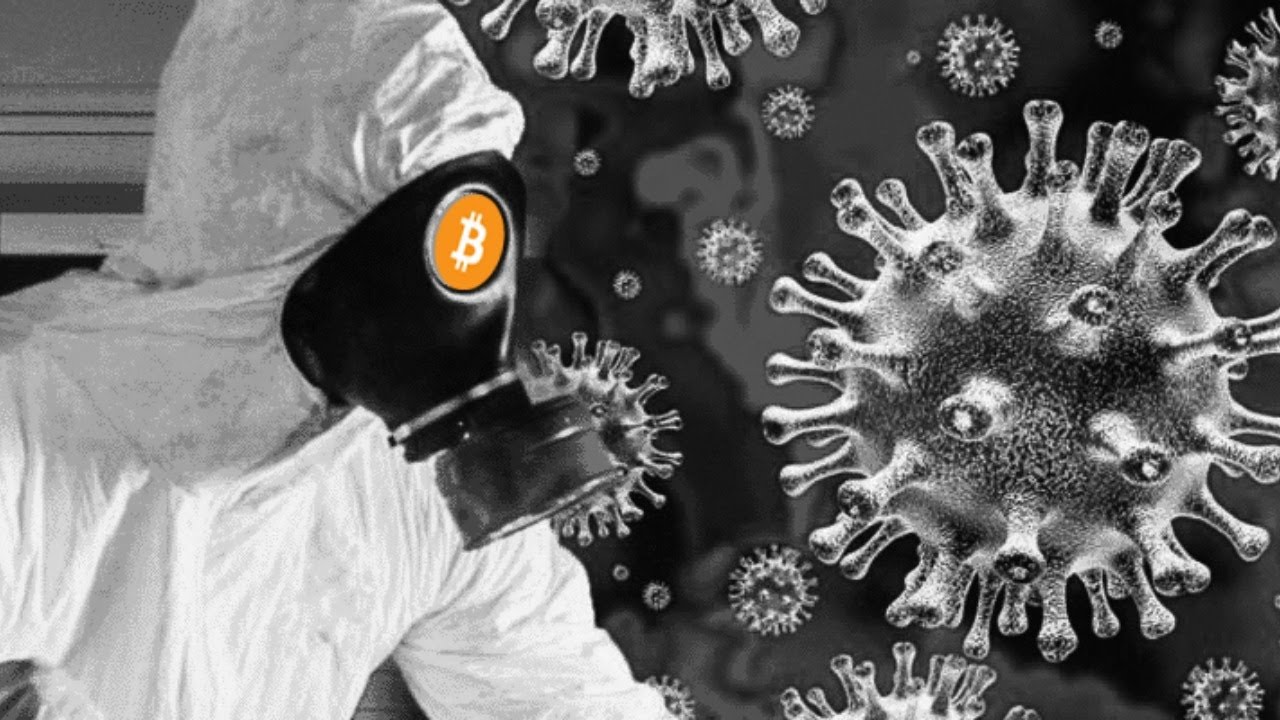 When bitcoin reached a record level in 2019 and prices rose to $ 13,000, many crypto enthusiasts decided that the market returned to its previous level after the recession in 2018.

Then the coronavirus pandemic occurred, which destroyed modern society, affecting the life of every person on the planet. Its shocking effects spread to all corners of the Earth. Countries are closing borders, businesses are shutting down everywhere, and stock markets are losing millions of dollars.

Bitcoin lost $ 2,000 in 24 hours during the second week of March. By the beginning of the third week, losses were 40%. Messages on bitcoin forums and social networks were full of panic. The byproducts of this pandemic are fear and uncertainty about the future. These emotions, triggered by the coronavirus pandemic, led to a serious sale of bitcoins. Large exchanges such as Bitmex and Binance have suffered due to the huge number of sell orders.

The Rebirth of Bitcoin 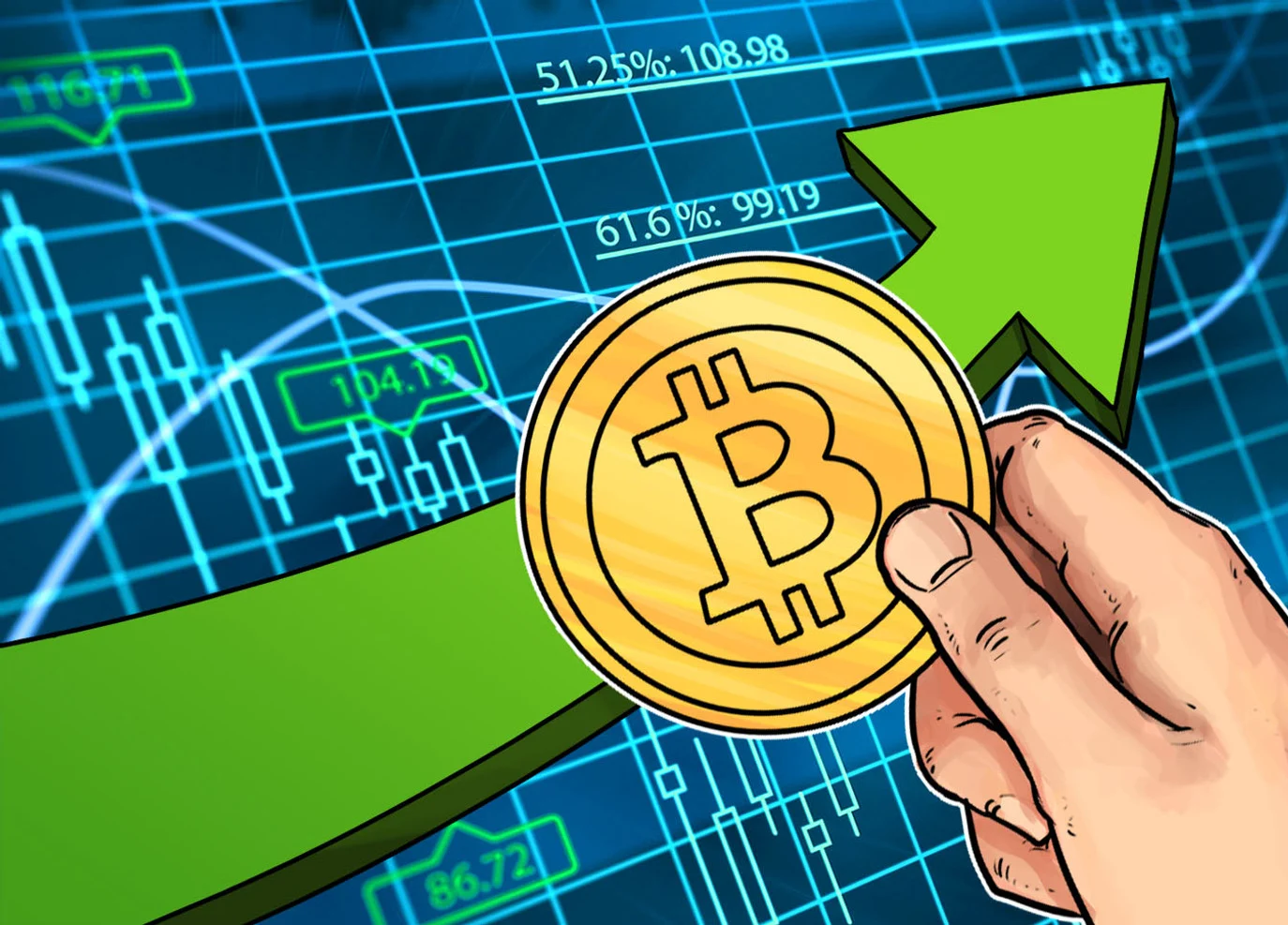 After several days of depreciation, Bitcoin got back on its feet, and something like a rebirth began. A sudden drop in bitcoin prices, similar to the one observed a few weeks ago, now seems unlikely, as foreign currency deposits have declined by more than 30 percent in recent days.

Price fluctuations are still present, but the overall curve is moving up. Over the past week, the price has fluctuated around $ 7,000, which is much more stable than it was from the beginning of March. The fact is that even after serious drawdowns, bitcoin has always managed to return to the path of development and growth.

Thus, if you have free funds, now is a great opportunity to buy bitcoins at a low price, as it is expected that 2021 will be the year when Bitcoin goes to the moon again, as it was in 2017.

See also what Bitcoin brokers are. 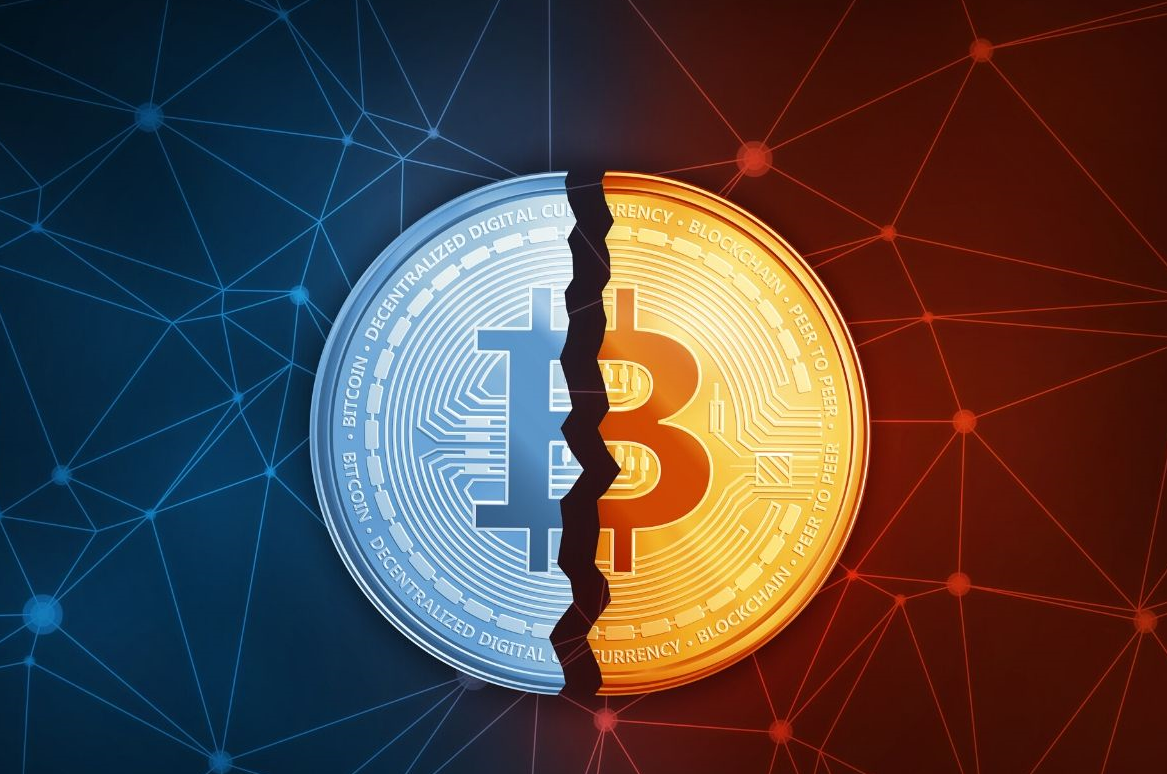 Despite the fact that Bitcoin is experiencing the worst sale in the last seven years, the most popular cryptocurrency is preparing for a bull run after May 20, 2021, when the halving will take place (halving the reward to miners). Analysts predict that this event could raise bitcoin to a historic high of more than $ 20,000 per coin.

Bullish forecasts were also distributed by retail investors who own pension accounts in cryptocurrencies. In a survey conducted by the Bitcoin IRA, 46% of customers said they expect Bitcoin to recover to $ 8,000 in three months or less, and 81% believe that now is the best time to invest in cryptocurrencies. 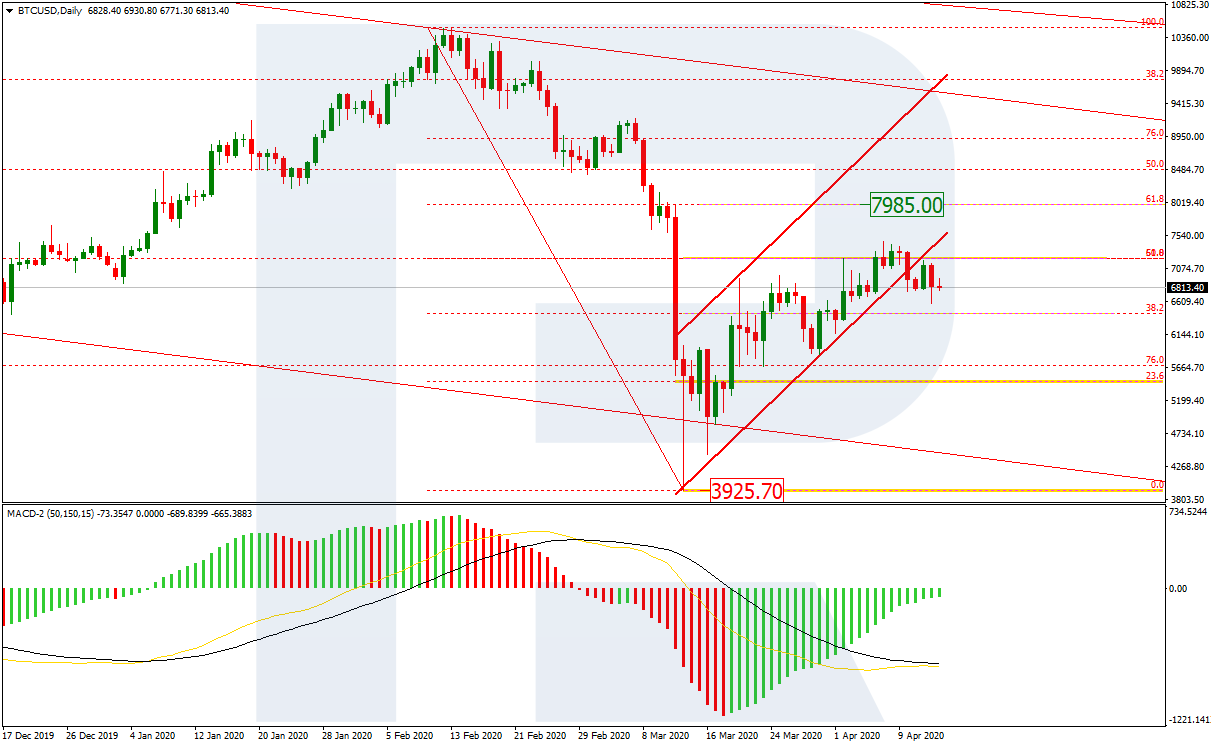 Since people continue to accumulate bitcoins by buying them at a low price, this can give the coin liquidity, necessary to continue the repeating historical picture. After each halving of the block reward took place, Bitcoin reached new record highs. This has happened twice in the 11-year history of the coin. He jumped from $ 12 to $ 175 in 2012, then from $ 652 to $ 3,190 in 2016. Each of these block reward reduction events was followed by a bull rally, a bearish correction, and then a long horizontal accumulation phase. 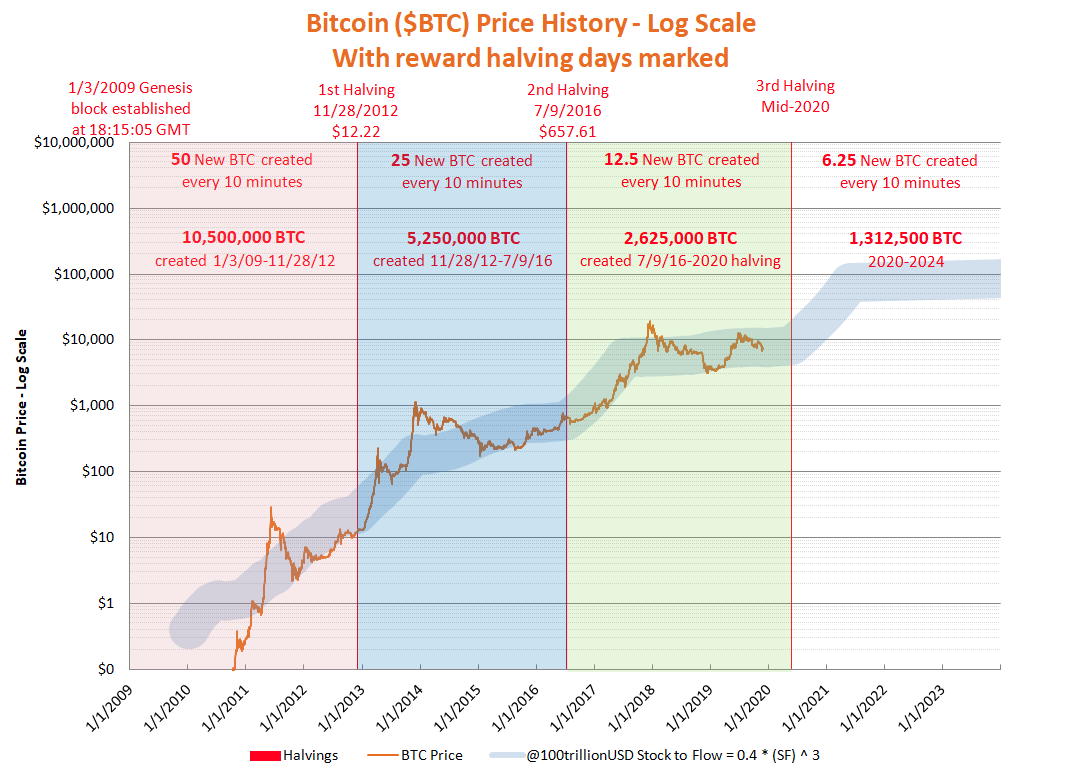 The reason that events with Bitcoin are divided into two maximums is twofold. Firstly, the price increase after halving has become a constant phenomenon at the heart of bitcoin means that traders now, like never before, open long positions before the event happens.

The next reason is related to the influence on the remuneration of miners for the block and the growing shortage of bitcoins. Every four years, the amount of remuneration that miners receive becomes half as much, according to the deflationary model of bitcoin. This year, rewards will fall from 12.5 to 6.25 BTC. This means that miners will have fewer bitcoins for sale, and demand will remain the same, which will increase the price of cryptocurrencies.

There is a special model that is usually used to assess the deficit and abundance of goods and precious metals, but it shows accurate forecasts of the Bitcoin exchange rate since 2010. According to this model, the price of bitcoin will increase, but in a much larger order. So by 2021, Bitcoin can cost $ 100,000, and by 2024, $ 1,000,000. However, it is worth noting that this model does not take into account the actual demand for bitcoins and the impact of a decrease in rewards to miners.

Nevertheless, at least in the short term, we can determine that Bitcoin is in a strong position to reach new levels after the May event, associated with a reduction in rewards, thanks to record trading volumes and accelerated growth.

This may be the third time we will see that Bitcoin will reach a new record high in 11 years, exceeding the mark of $ 20,000.

How to make money on coronavirus? 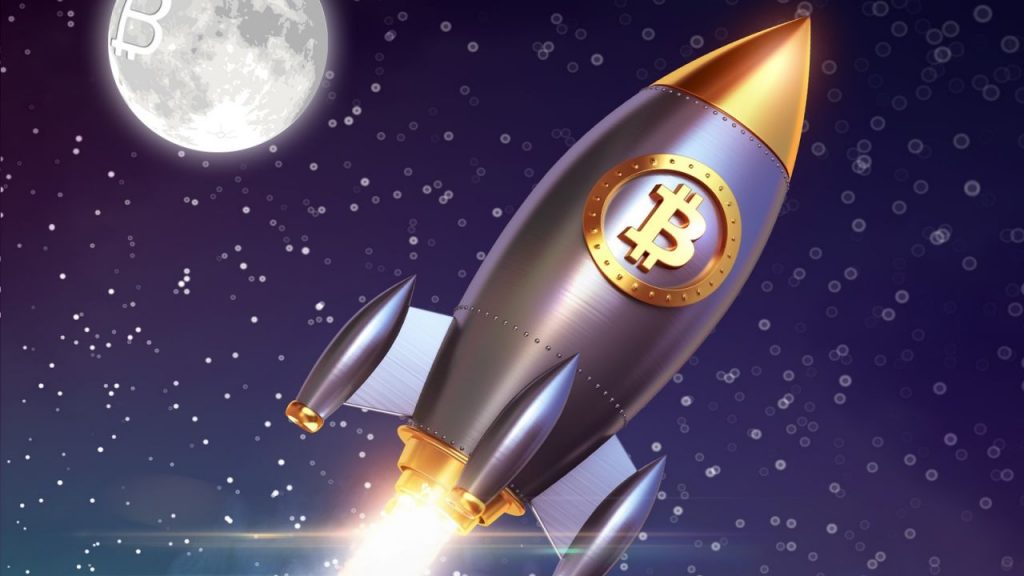 Contrary to current moods and forecasts in the financial sector, the future of bitcoin is quite bright. To combat the pandemic, the United States, Britain, and other governments are actively printing money from the air. This is not an ideal solution, but it is what they can do now. Their goal is to mitigate the effects of coronavirus on the stock market. But this action has negative consequences in the future.

The influx of cash into any economy will definitely weaken its currency and cause inflation, because big money is chasing limited goods and services. Everything will become more expensive, and your money in the bank will lose part of its value.

Before the pandemic, the global economy was already fragile, and you can guess that the current situation could plunge it into depression, which will be worse than in 2008. It is unclear whether governments can successfully cope with these consequences.

During the financial crisis, bitcoin is likely to become a refuge for investors, since it is deflationary in nature and is not controlled by any organization or government. With a limited distribution of Bitcoin coins and an approach to halving, there is no doubt that it will be rarer than gold, and its price will grow steadily upward.

We recommend buying Bitcoin right now if you have free funds while the price is low. As an exchange, we suggest you use a reliable and trusted cryptocurrency exchange Binance. Against the backdrop of the crisis, rising prices for goods, a bloated dollar and lower interest rates in banks, bitcoin this year can double and even triple your investments, and in the future your profit may become even greater.

Profitable you investment! Take care of yourself!

See also the article "What is an IPO".