What is cryptocurrency in simple words

Hello friends! One of the many advantages of the Internet is the development of new types of currencies. Unlike traditional paper money, these new currencies have changed the way in which values ​​are exchanged. In today's world, one can often hear phrases such as "digital currency" and "cryptocurrency." These words cause the same reaction of most people, who believe that they mean the same thing or are closely related to each other. But is it really? Today we will try in simple words to tell you what cryptocurrency is, and how it differs from digital currency, what blockchain and mining cryptocurrency are, and also what are the ways to make cryptocurrency.

What is a cryptocurrency? 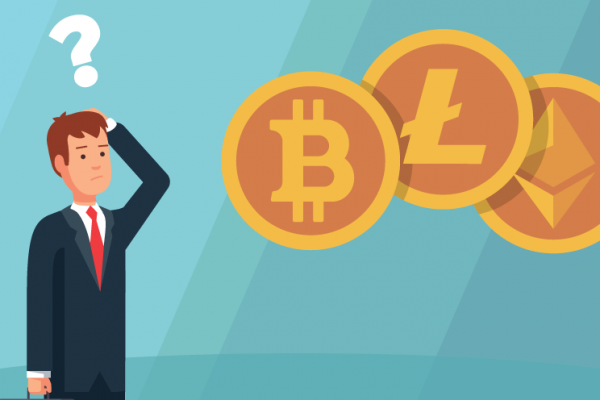 In simple terms, cryptocurrency is a type of digital or virtual money. It serves as ordinary money, such as dollars, pounds, euros, yen, etc. But it has no physical counterparts — banknotes or coins that can be carried around, that is, the cryptocurrency exists only in electronic form.

How is cryptocurrency different from digital currency? 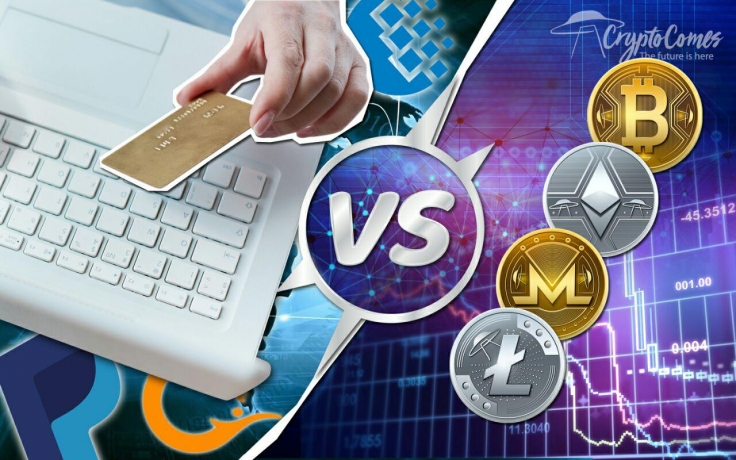 Unlike fiat currency (legal means of payment, which includes most paper money), digital currency does not have physical equivalence stored in the form of cash or gold. It consists of arbitrary numbers stored in a user account.

Like regular cash, digital currencies are accepted as a means of payment and can be used to purchase goods and services. They can be transferred between accounts, and they can also be exchanged for cash.

Cryptocurrencies are a type of digital currency. They have arisen to address the problems of centralization, confidentiality and security problems associated with conventional digital currencies.

The principle of decentralization is used in cryptocurrencies. This means that transactions made by cryptocurrency owners are not controlled and not regulated by financial authorities. Because cryptocurrencies use cryptography, they offer a robust security system that is hard to crack.

Below is a list of the main distinguishing features of cryptocurrencies from digital currencies and fiat money:

1. Decentralization. As in the traditional banking system, most digital currencies are regulated by regulatory agencies, such as the Central Bank and other government agencies. This means that all currency exchange transactions are controlled, and their exchange rate is determined by these regulatory bodies.

On the other hand, cryptocurrencies are completely decentralized. This means that no state can control them. The rules are established by the cryptocurrency community.

2. Anonymity. With digital currencies, it’s almost impossible to hide account holder information. To use electronic wallets like PayPal, you need to provide personal information such as your name and address.

On the other hand, you do not have to disclose any personal information when you open a wallet for trading cryptocurrency. Coins such as Dash are used to ensure complete anonymity.

On the other hand, cryptocurrency transactions are publicly available. You cannot find out who is behind a specific account, but you can track transactions and monitor the amount of money in the system.

4. Transactions. Because transactions are monitored by central authorities when using digital currency, they can easily mark transactions as suspicious, or even block an account.

On the other hand, once the cryptocurrency transaction is completed, it is automatically added to the blockchain and becomes irreversible forever. No one can block your wallet and transfer your funds to another account. Since the exchange of cryptocurrencies is carried out without intermediaries, the transactions have high speed and low commissions. 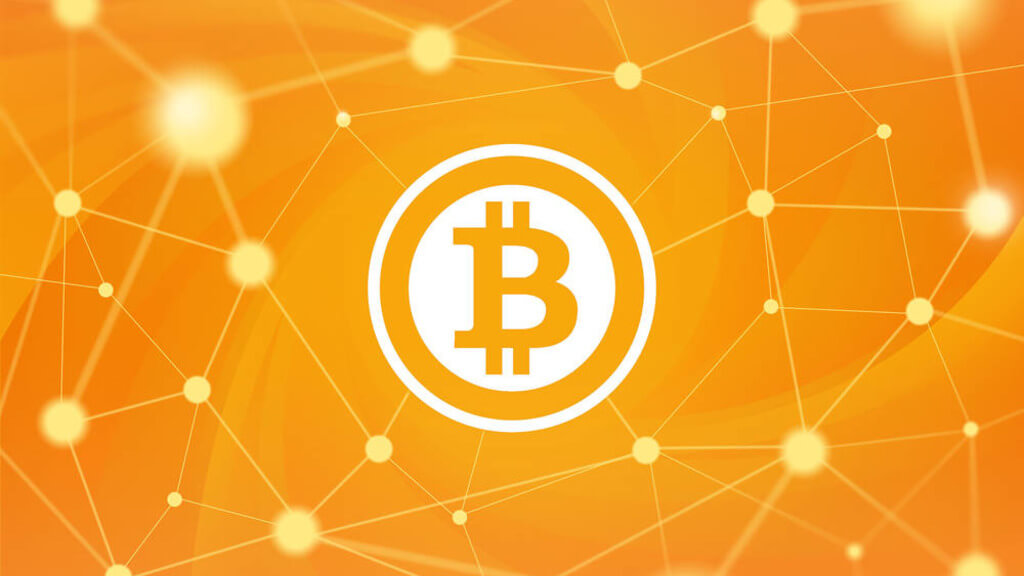 Bitcoin is the first cryptocurrency that appeared in 2009. Bitcoin is often compared to gold in the sense that its offer is limited. However, unlike gold, Bitcoin is digital, making it much easier to divide, transfer and store.

Bitcoin is the most popular cryptocurrency, but there are hundreds of others. Some cryptocurrencies, such as Litecoin and Bitcoin Cash, share the basic characteristics of Bitcoin, but explore new ways to process transactions, others offer a wider range of functions. For example, Ethereum can be used to launch applications and create smart contracts.

What is a blockchain? 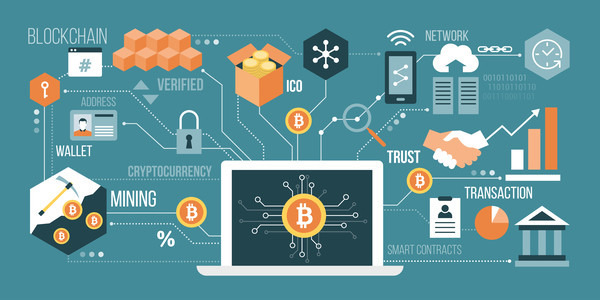 A blockchain is a decentralized database consisting of a block chain in which all transactions of network members are stored. In simple terms, the blockchain is a combination of computers connected to each other, and not to the central server.

Traditional databases operate on the principle of "Client - Server", that is, all information is stored in one place, for example, in a bank. This technology has several disadvantages: the server can be hacked, the data can be changed, and the money can be transferred to other accounts.

Thanks to the blockchain technology, transaction data is not on a single server, but on all computers connected to one network. When a new transaction appears, it is copied to all computers, which means that it cannot be changed without the consent of all network participants, which eliminates the possibility of hacking and software malfunction.

Blockchain technology is very widely used in the financial industry. However, nowadays, this technology is used not only for cryptocurrencies, but also for keeping records, digital notary and smart contracts. It is also actively used in research, medicine, management, politics, education, etc.

How does blockchain technology work?

Any new transaction in the blockchain implies the creation of a new block. Each transaction has a digital signature that guarantees its authenticity. Before this block will be added to the network, it must be checked by the majority of system nodes (computers).

Each blockchain block consists of:

The data stored within each block depends on the type of chain of blocks. For example, in the structure of the bitcoin chain, the block stores data about the recipient, sender, and number of coins.

A hash is like a fingerprint (a long entry consisting of several numbers and letters). The hash of each block is generated using a cryptographic hashing algorithm (SHA 256). Therefore, it helps to easily identify each block in the blockchain structure. When a block is created, it automatically appends the hash, and any changes made in the block also affect the hash change. Simply put, the hash helps detect any changes in blocks. The last element in the block is the hash of the previous block. This creates a chain of blocks and is the main security element of the blockchain technology.

Any hacking attempt provokes block changes. All subsequent blocks carry incorrect information and invalidate the entire blockchain system. On the other hand, in theory it would be possible to configure all the blocks using powerful computer processors. However, there is a solution that excludes this possibility, called proof of work. This allows the user to slow down the process of creating new blocks. In the architecture of Bitcoin chains, it takes about 10 minutes to determine the necessary proof of work and add a new block to the chain. This work is done by miners - special nodes in the structure of the bitcoin chain. Miners retain a commission for creating a new bloc as a reward.

When adding a new node (network user), it gets a complete copy of the system. After creating a new block, it is sent to each node in the block chain system. Then each node checks the block and the correctness of the specified information. If everything is in order, the block is added to the local block chain at each node.

Blockchain technology is the most transparent and secure, eliminating any interference from the outside. It is impossible to hack the blockchain system, since it would be necessary to intervene in all its blocks, as well as control more than 50% of all nodes in the peer-to-peer network.

What is cryptocurrency mining?

Cryptocurrency mining is the process by which recent transactions are checked and new blocks are added to the block chain.

Mining is one of the possible earnings of cryptocurrency. The miner gets a good reward for creating each new block. However, this method of earning requires a lot of investment. In addition, over time, the complexity of mining increases, so you need to constantly upgrade the available capacity. 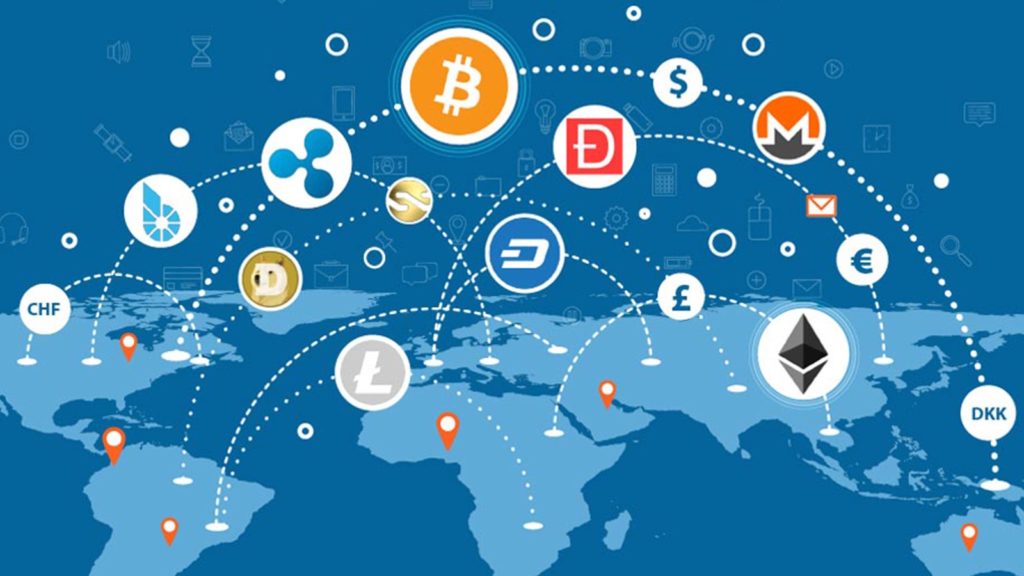 Besides mining, there are other ways to make cryptocurrency:

There are many profitable cryptocurrency trading strategies that will help you start earning. Bookmark our site Trade-Leader.com, here you will find many useful articles and strategies.

Read also the article "How to trade support / resistance levels?".