The best currency pairs on Forex for beginners

For those who have not yet found a broker, we offer to see our independent Forex brokers rating with real reviews traders.

Why do we need currency pairs on Forex?

In the era of globalization, all countries interact with each other, buying and selling different goods to each other. If earlier gold was used for exchange, now for this there are currency pairs that determine the exchange rate between each other.

For example, Japan wants to buy goods from the American company Microsoft. In this case, to conclude a deal, Japan needs to exchange its yen for dollars to pay Microsoft. Therefore, the demand for the US dollar is growing.

If Microsoft wants to buy parts or equipment in Japan, then it will have to exchange dollars for yen. In this case, the demand for the Japanese yen increases.

When buying a particular currency, you must be sure that the country's exports will grow, and its economy will be strong. On the other hand, it is not profitable for exporters to have their national currency grow, as this reduces their profits. Therefore, countries sometimes have a policy of depreciating their own currency against the dollar.

What is a currency pair?

You can’t just buy a currency. You can buy or sell a currency only for another currency. Therefore, they are available as pairs.

If you buy a EUR / USD currency pair, it literally means that you are buying euros and selling US dollars. In the language of traders they say that you entered the "long" (purchase).

Similarly, if you sell EUR / USD, this means that you are buying the US dollar and selling the euro. Traders say that you entered the "short" (sales).

There are 7 major currency pairs, and they are the most sought after pairs among Forex traders.

Have you noticed anything common to all major currency pairs? Yes, it is an American dollar.

In addition, most goods, such as gold, oil and other raw materials, are traded in dollars. In most countries, the US dollar is also used as a reserve.

Thus, the global economy as a whole depends on the US dollar in relation to its national currencies.

EURUSD is the most traded pair among the major currency pairs, as well as in the Forex market. It involves the two largest and most powerful economies, namely the United States and the Eurozone. Therefore, it is the most sought after couple.

The British pound was a world currency reserve even before the appearance of the American dollar. At the same time, the policy and economy of Great Britain has always been notable for its power. Even now, the UK stands alone in the Eurozone.

The United States and Japan are the two largest exporting countries for cars and electronics. The competition between the economies of these countries is very high, which affects the volatility of the USDJPY currency pair. And as you know, high volatility plays into the hands of traders.

Switzerland is a unique country that maintains neutrality in any conflicts. That is why Swiss banks are distinguished by their high reliability. When the market in other countries falls, the Swiss franc becomes the most popular main currency pair.

Sometimes commodities play a larger role in the following major currency pairs. In turn, the main pairs play a significant role in the price of these goods. Anyway, the goods have a great influence on the Forex market.

Mining is Australia's leading industry. It occupies one of the first places in the production of iron ore, tungsten, zinc, lead and manganese ores, up to 90% of which are exported. Consequently, AUDUSD is often viewed by large corporations and the investment community.

New Zealand is a major exporter in the agricultural industry. Its main partners are the USA, Australia, Japan and China. Despite the absence of industrial enterprises in New Zealand, it focuses on companies engaged in the production of goods to meet the needs of aviation, road transport and the defense industry, which are exported to the United States. Therefore, the value of the currency pair NZDUSD can significantly affect the very economy of this country.

The United States is dependent on raw materials such as natural gas and timber from Canada. Natural gas imports can significantly affect the US economy due to its importance over the long winter. 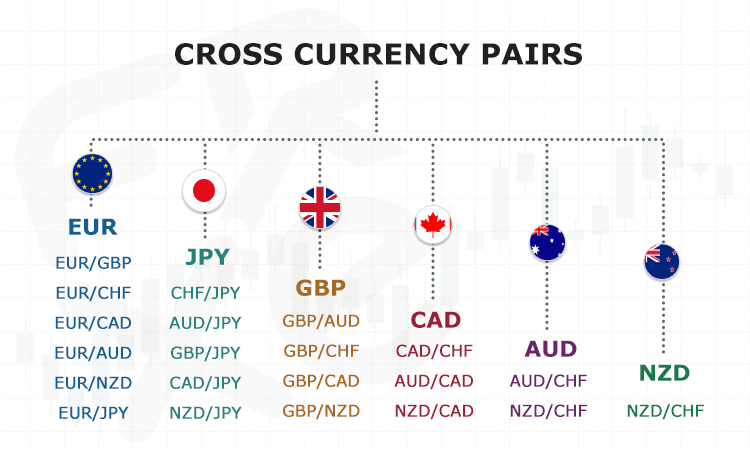 Britain is the highest economic power, the percentage of global GDP is about 3.5%. The most significant trading partner of the UK is the Eurozone. Consequently, this pair is very sensitive to the trading news of the European region and is constantly under the scrutiny of investors.

Investors consider the dollar as the most reliable investment for all asset classes. The Swiss franc has an advantage when the dollar fails. EURCHF is one of the outstanding couples in which investors take refuge in unstable times. 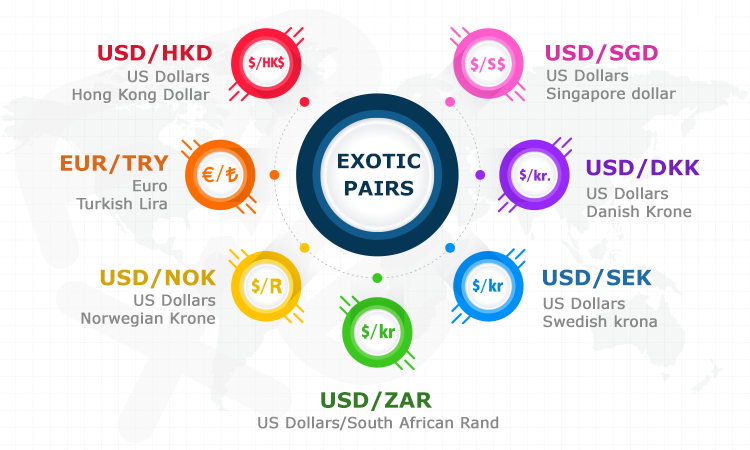 Sometimes trading them can bring high profits. However, the risks are also higher. Therefore, even well-known traders and experienced speculators usually stay away from exotic currency pairs.

If you are a novice trader, then you better stick to major currency pairs. First, they have the lowest spread. Secondly, the main currency pairs are trend and highly volatile. Finally, it is easier to analyze them, and trading strategies work better for them, for example, Price Action .

Cross currency pairs have a higher spread, which means they are not suitable for scalping and intraday trading.

Exotic pairs in addition to the spread have also increased swaps, which means it is not profitable to keep trades open for several days. We recommend that you stop trading exotic currency pairs altogether.

See also the article “What are Forex CFD Contracts?” .