What is the Elliott Wave Theory? How to identify Elliott waves on a graph? How to conduct Elliott wave analysis on Forex? What is ABC correction, and what types of correction waves are there?

Hello, gentlemen, traders! Elliott Wave Theory is a popular method currently used to analyze financial markets. In this article, we will talk about the theory developed by the American financier Ralph Elliott in the first half of the 20th century, which has been effectively used by traders to this day.

For those who have not yet chosen a broker for Forex trading, we recommend that you look at our Forex brokers rating. Here you will find detailed information about the trading conditions of brokerage companies with feedback from traders.

Understanding the nature of waves

Have you ever thought about the cyclical nature of what is happening in the universe? Our planet makes a revolution around the Sun equal to one Earth year. During this time, winter gives way to autumn, spring to winter, summer to spring, and autumn to summer, and everything repeats again. The moon has its own cycles, which were known in antiquity, and they do not lose their relevance in the modern world. If you go to work by bus and are late for your flight, you can predict with high accuracy when the next bus will arrive. The farmer, according to his observations and experience, knows when the time comes for sowing and harvesting. Everything in our world is cyclical, starting from the laws of the Universe and ending with everyday affairs.

Socio-economic events are no exception to the laws of nature. Even the history of mankind has its own cycles of growth, crises, wars, etc. There is no clear reason for this, but we know that there are many examples of the repetition of history. Take at least the cyclical nature of economic crises. They are repeated at regular intervals, so analysts can predict the onset of a new crisis several years before it appears.

Financial markets, being a socio-economic activity of man, are also subject to the laws of nature. The key to success in financial markets is understanding that this is a “psychological phenomenon” in which greed and fear predominate. Thus, market movements follow a sequence ordered in time. This rhythmic sequence is a wave principle.

The wave principle has always existed, and is applicable to any human activity. In the financial markets, each asset has its own waves and does not need to confirm another financial asset.

What is the essence of the Elliott Wave Theory?

Human activity moves in waves that repeat over time. The movement consists of five waves. Why five and not another arbitrary number? For us, this is the mystery of the universe. But there are several confirmations to this. For example, a person has five senses: smell, sight, touch, hearing and taste. He has five limbs: a head, two arms and two legs. The arms and legs have five fingers. Social and economic activity is no exception. The product life cycle consists of five phases: product development, implementation, growth, maturity and decline. 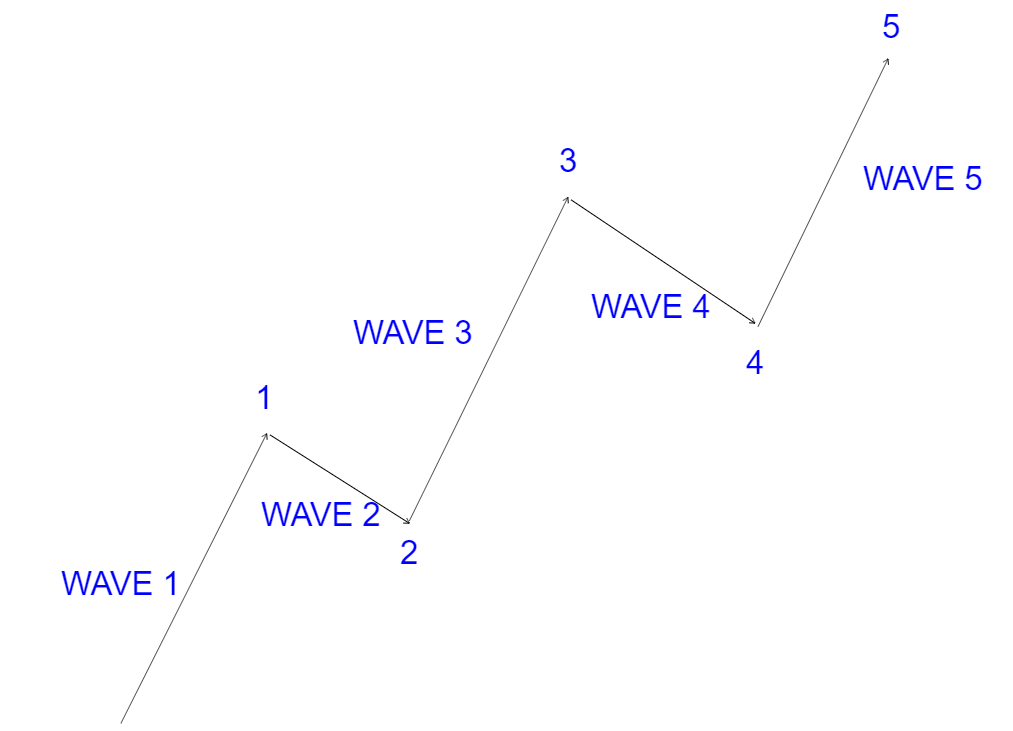 The chart above shows Elliott waves for a bull market, but wave analysis also works for a bear market.

After the formation of the highest point of the fifth wave, ABC correction occurs. It consists of three corrective waves. 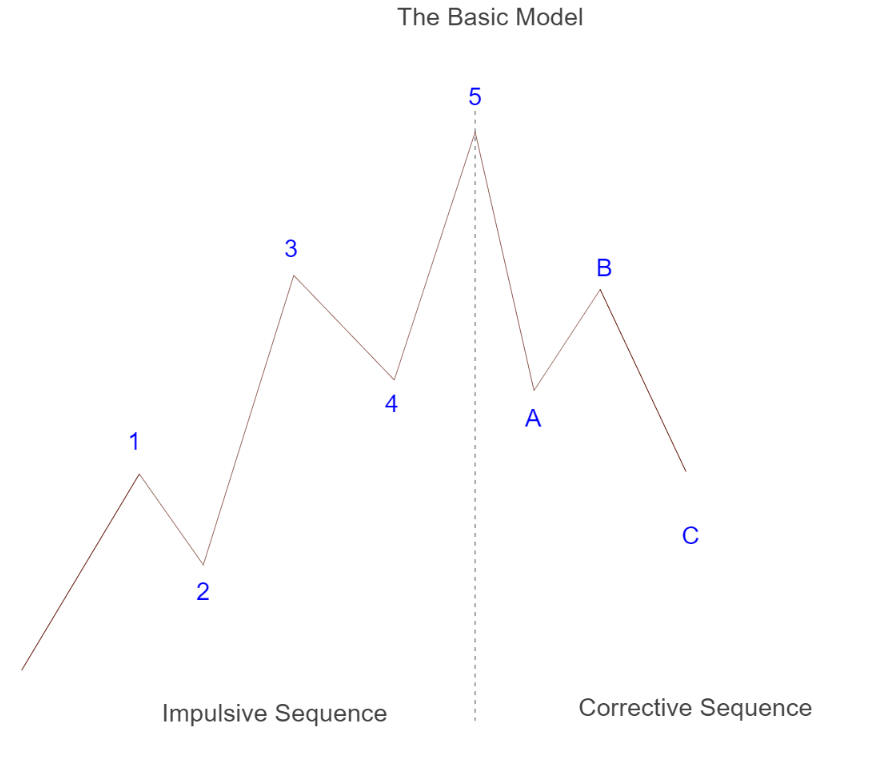 After the end of the ABC correction, a new cycle begins. The main difference between the driving and correctional waves is that the driving or impulsive waves consist of five waves, and the correctional of three waves. Moreover, each large wave can be decomposed into small Elliott waves. If we apply this on the first chart, we will see the following picture. 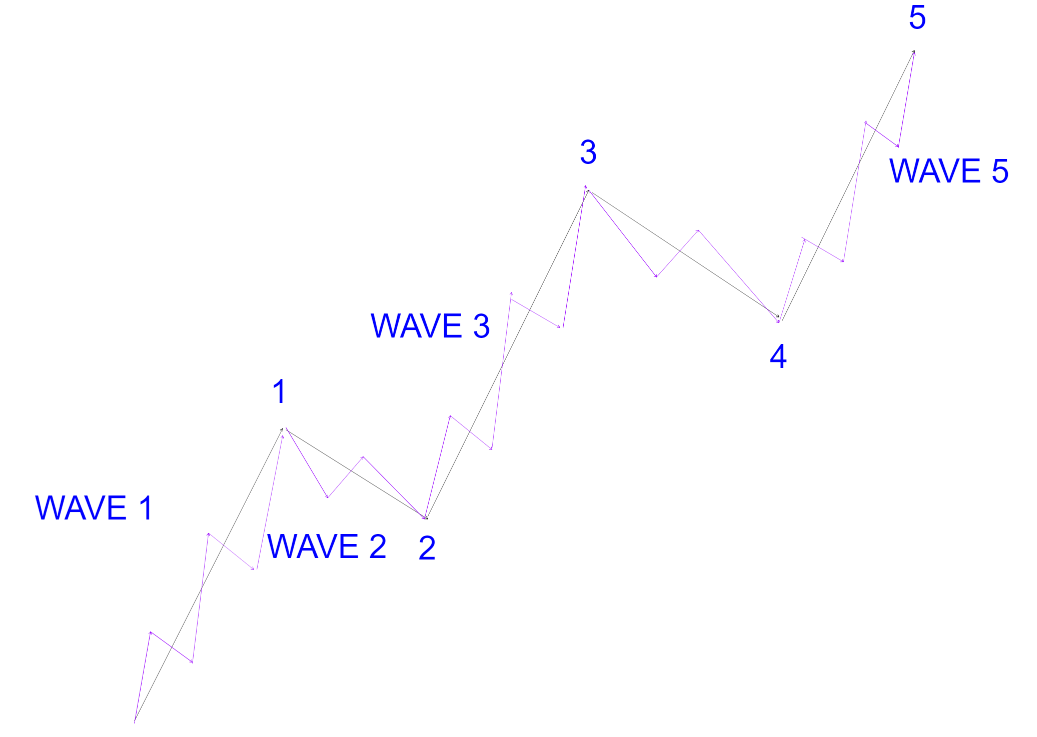 See also what CFD brokers exist and what their benefits.

How to apply Elliott wave analysis on Forex?

Of course, theory is good, but let's look at how to do an Elliott wave analysis in practice. To facilitate wave identification, we can use channels. 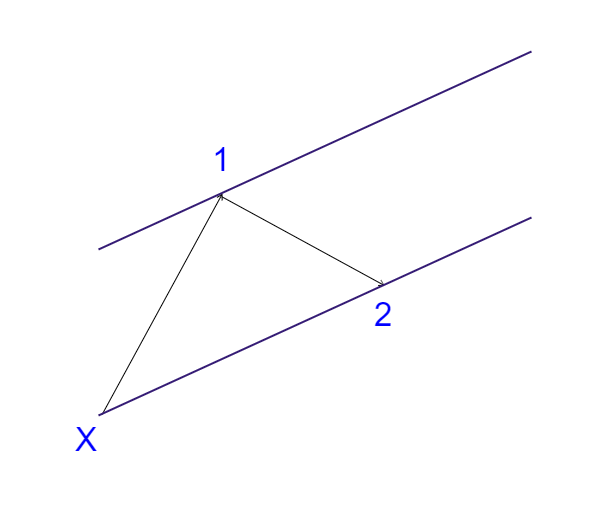 After the completion of wave 3, we track the second channel. In this case, we must connect the upper line at the end of waves 1 and 3. The projection of the bottom line is at the end of wave 2. The goal is wave 4. But remember the rule: “Wave 4 never repeats wave 3 completely.” 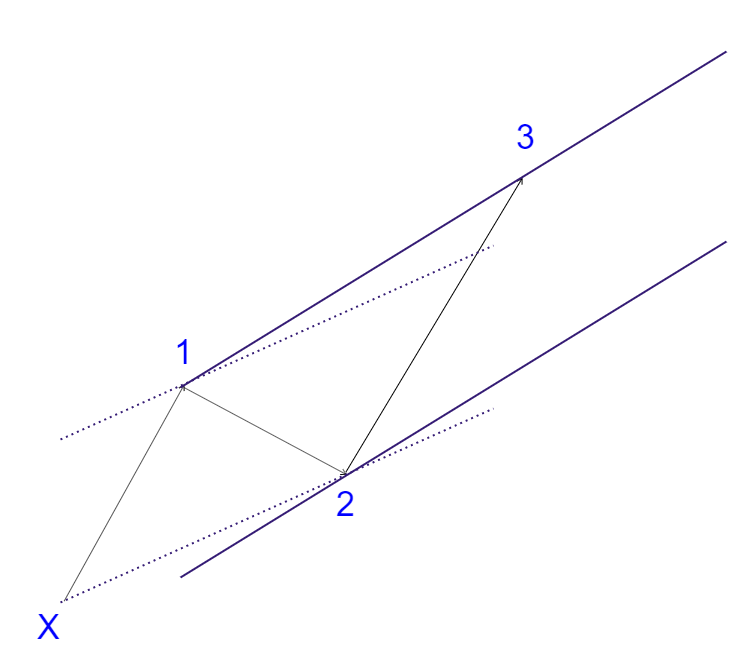 The last channel will lead us to the potential end of the fifth wave. The procedure is similar to the previous two steps, but for simplicity we will remove the last two channels. In this case, we connect the baseline at the end of waves 2 and 4, and then project the upper line at the end of wave 3. 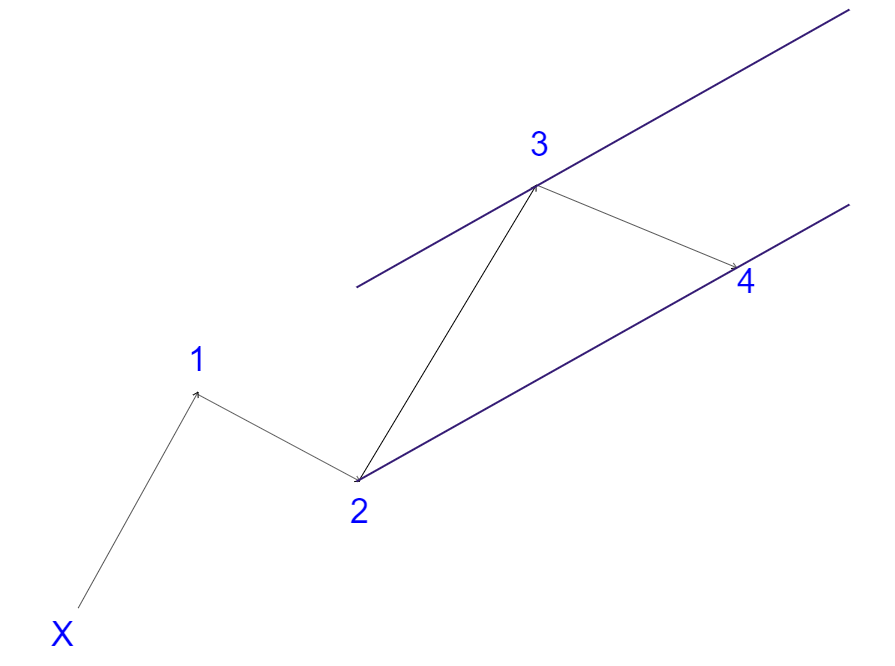 The potential target of wave 5 should be the top line of the channel. 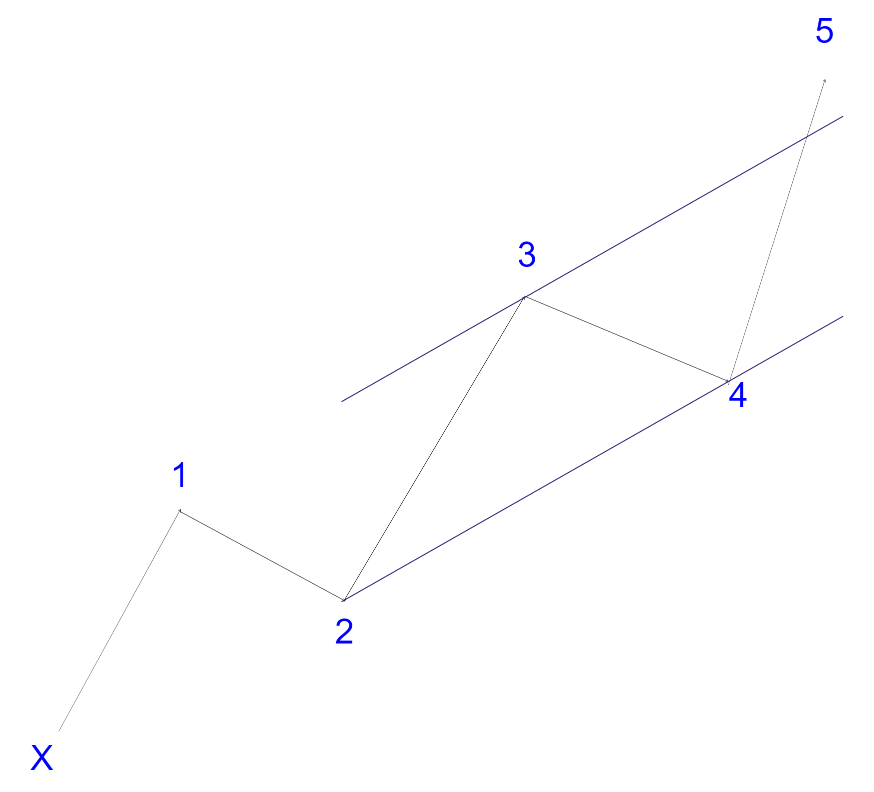 The previous examples are illustrative, but let's now apply them in real markets. In the chart below, we see a bullish cycle that began when the price found a bottom at $ 1,094.2. For convenience, we identify this price with point X. After the completion of the second wave, we build the first channel connecting the point X with the end of wave 2, and through point 1 draw a parallel channel line. 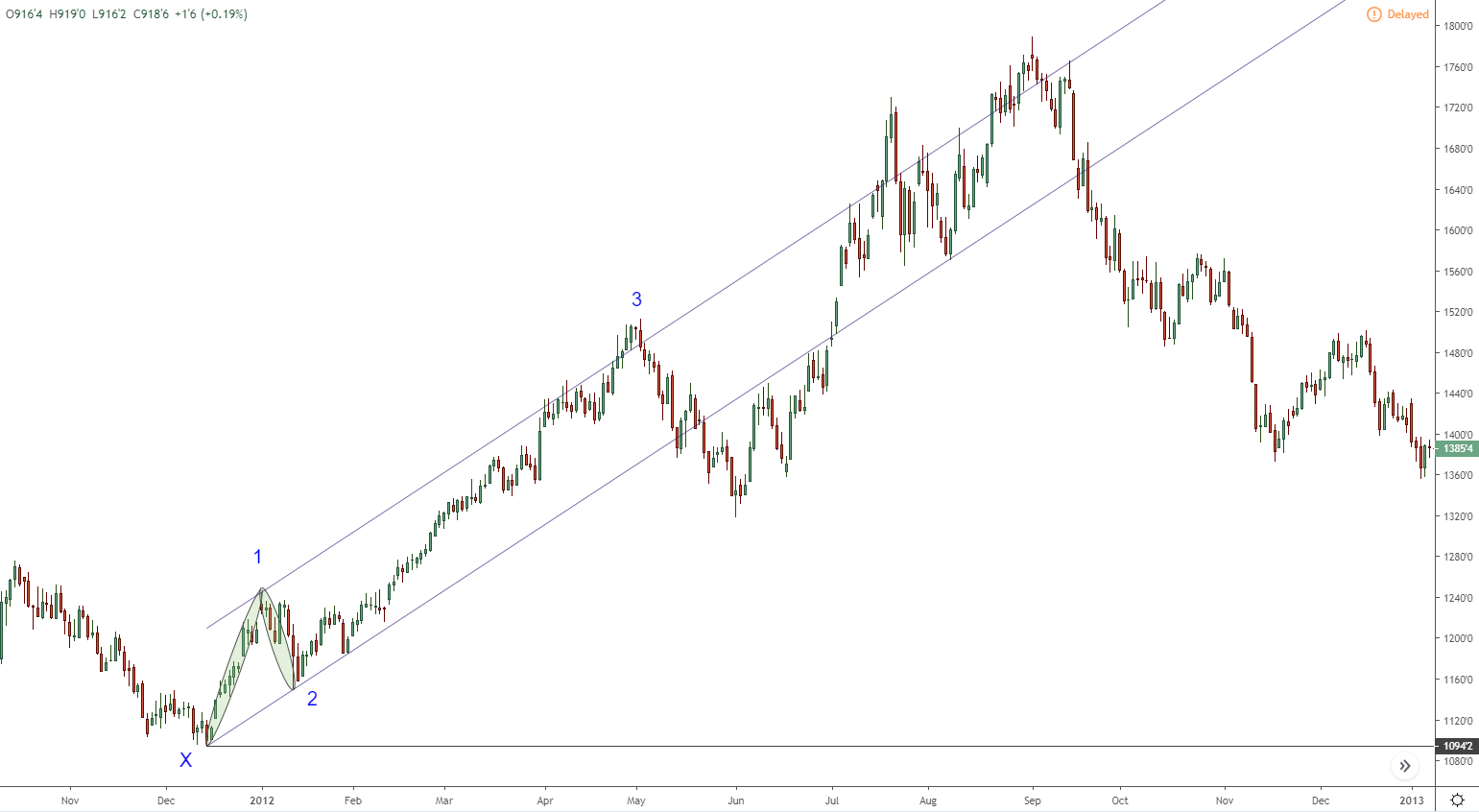 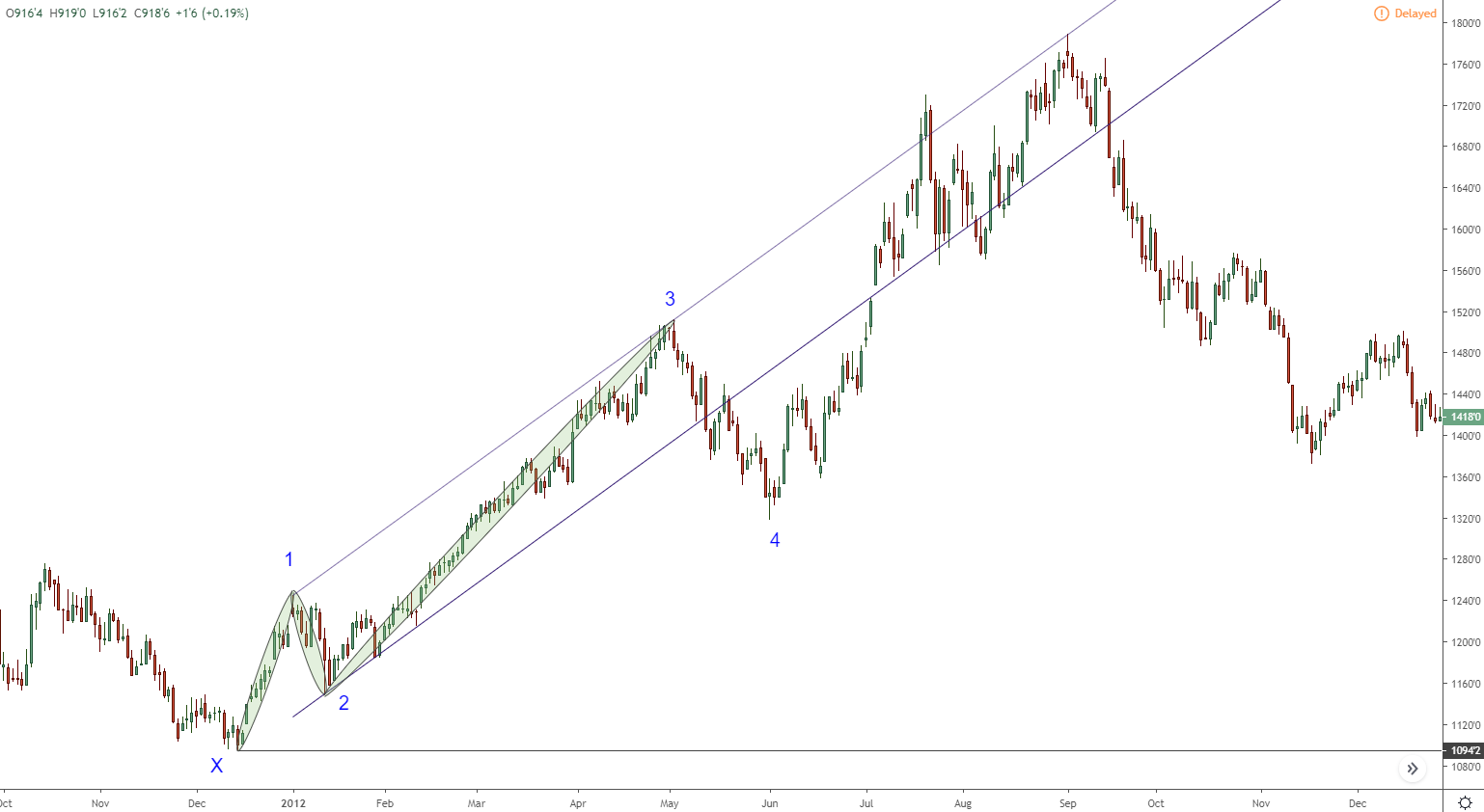 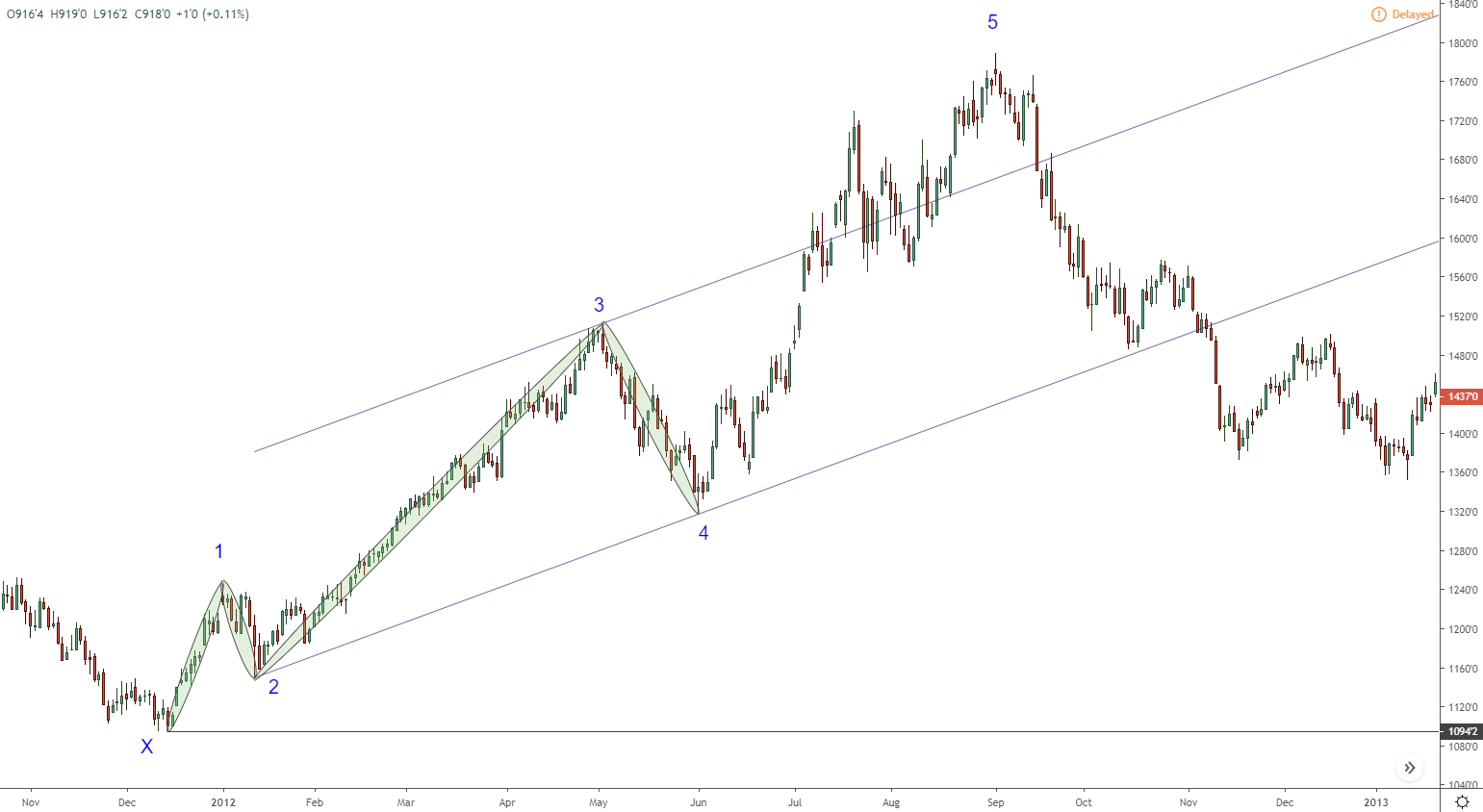 Price channels are a useful tool for conducting wave analysis Forex. In particular, the channels allow us to identify each of the Elliott waves.

After the end of the fifth wave, in 70% of cases, the price consolidates and an ABC correction is formed. Understanding the Elliott correctional waves gives us an idea of when the correction will end on the market and the global trend will resume. 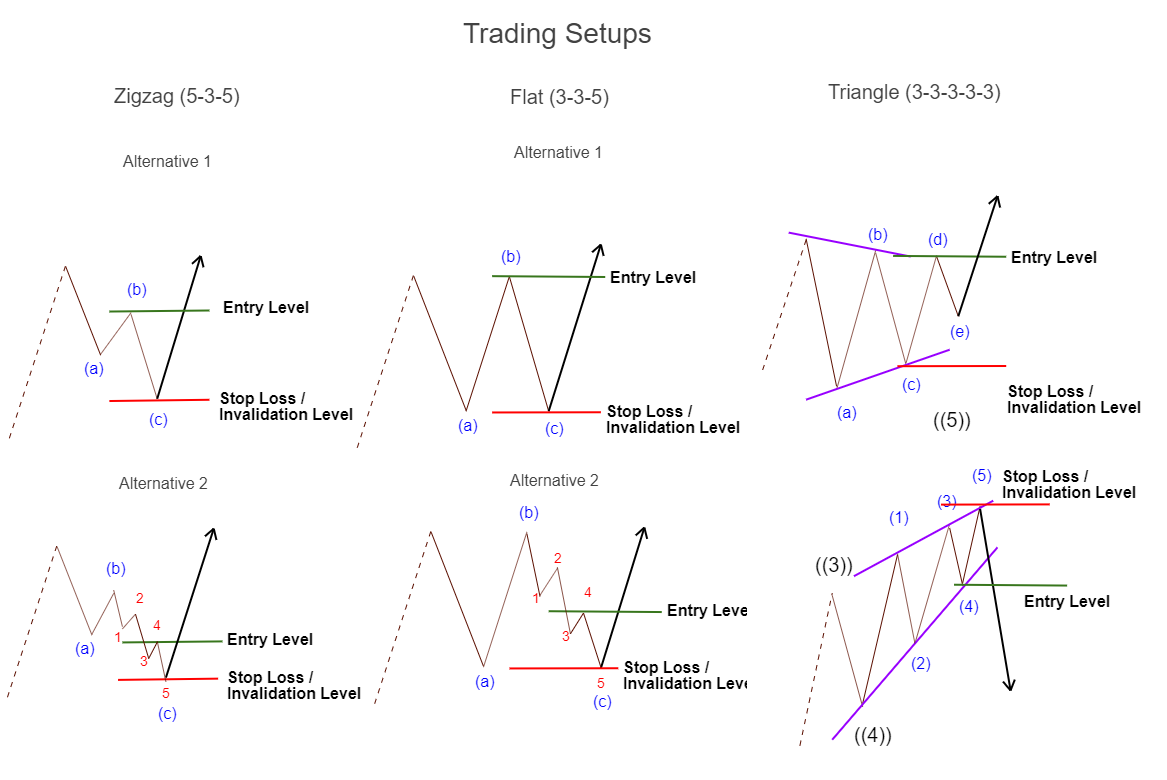 Ralph Elliott in his analysis paid special attention to triangular correctional structures. All triangles contain five legs. To avoid confusion, Elliott uses the term “legs” instead of “waves”. Each leg has three waves, as shown in the following figure.

When a diagonal triangle appears in wave 1, the structure is called the “leading diagonal”. In some cases, this sequence may be labeled 5-3-3-3-5. Despite the fact that Elliott did not find this pattern, his other followers Prechter and Frost consider it a real structure.

See also what cryptocurrency brokers are.

Thus, Elliott wave analysis on Forex is one of the most complex types of technical analysis. It may take years of active trading to fully master it. However, understanding the Elliott Wave Theory will give you an edge in Forex trading. You will learn how to determine the beginning of a trend, which will give you the opportunity to enter the market with minimal risk, and you can also exit transactions at the peak of the market, taking the maximum profit. Having mastered the wave analysis, you can not only trade effectively, but also determine global economic cycles, for example, the beginning and end of the financial crisis.

See also the article “What is an IPO?”.