What is Forex market liquidity?

What is Forex market liquidity? What is the effect of greater liquidity? Who are liquidity providers and how to choose a forex broker?

Good afternoon! Forex is a market for trading currencies. In addition, it is the largest market in the world by volume, but it is not a centralized market. Financial markets have a physical location or exchange where all transactions are concluded. For example, the US stock market has the New York Stock Exchange (NYSE), and the UK has the London Stock Exchange (LSE). The Forex market has neither a physical location nor a central exchange. Instead, the Forex market is seen as an over-the-counter or interbank market. It is called the interbank market because this market operates electronically and is traded 24 hours. Access to the Forex market is possible wherever there is an Internet connection. Therefore, due to these factors, the Forex market is the largest in terms of size and liquidity.

What is Forex liquidity?

When we talk about market liquidity, we mean the volume or size of transactions. When the market has high liquidity, this means that people can buy or sell large volumes of assets with almost no effect on price movements.

If we talk about the market cryptocurrencies, especially about little-known tokens, then literally one person can have a significant the impact on the growth of the price of cryptocurrency by buying it for a large amount. This indicates a low market liquidity. In this case, it will be more difficult for you to find a buyer if you want to sell your financial asset, and the price is not in your favor.

Forex liquidity is high, which gives you the opportunity to buy and sell large volumes of currencies at a bargain price and without delay. An exception is national holidays, such as Christmas and Independence Day in the USA, at which time the volume in the Forex market is noticeably reduced, which leads to a decrease in liquidity and volatility. Therefore, these days it is better to refrain from trading.

Currency distribution in the Forex market

We know that the Forex market is the largest in terms of size and liquidity. But what are the numbers of different currencies, how they are distributed and where the most money flows.

Consider the chart below, which represents the distribution of currency in the Forex market. 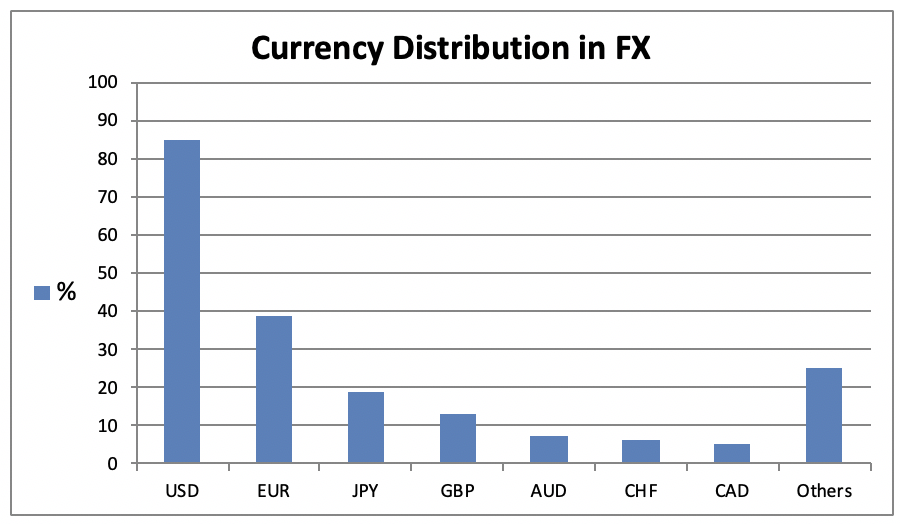 Note: The total percentage of currencies is 200% instead of 100%, since two currencies participate in each transaction.

See also list of the most reliable Forex brokers.

From the above figures, it became clear that the US dollar plays a major role in the Forex market, as it is the most traded currency. Another thing to consider in the Forex market is global foreign exchange reserves. Well, again, the US dollar tops the list of foreign exchange reserves, as it accounts for 64% of the world currency reserve according to the International Monetary Fund (IMF). In other words, every investor, business and central bank is interested in an extremely large amount of cash being sent to US dollars. The dollar is followed by currencies such as GBP, JPY and EUR.

With many advantages in the Forex market, many traders and investors take part in trading. The main reason for this is the large liquidity of the market. In addition, liquidity allows you to quickly and easily buy and sell currency pairs.

The following is a list of the most highly liquid forex currency pairs:

These pairs are also known as major currency pairs. Thus, if you trade any of these pairs, you can easily buy / sell a much larger lot size at the exact price than if you were trading low-liquidity currency pairs.

See also what there are minimum Forex brokers.

Who are Forex liquidity providers? 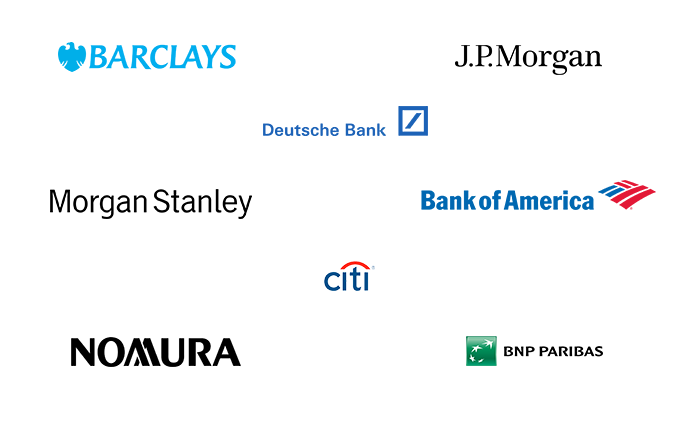 Liquidity providers are large banks and financial institutions that take your position when opening a buy or sell transaction. But this does not happen directly, but through a broker who is an intermediary between you and liquidity providers. The broker collects all transactions of traders and brings them to the interbank market, charging a commission. The more liquidity providers he has, the more favorable the price for you and less spreads. After your transaction has entered the interbank market, the Forex broker doesn’t care whether you make money on this transaction or not, since he has already received his commission.

But sometimes there are brokers who do not work with liquidity providers, these are the so-called Market Makers. They do not bring your transactions to the interbank market, and all transactions you have concluded remain inside the company. Therefore, any of your profit on the transaction becomes a loss to the Market Maker, and he tries to stop you from making money by drawing studs on charts, knocking out your stop losses, and delaying the withdrawal of funds.

This is why it is so important to approach the careful selection of Forex brokers. Before registering with a broker, be sure to check the list of liquidity providers with whom he works. Better choose ECN brokers, they have the best prices, no spread, low commissions and high speed of execution of transactions. Profit you trade!