What is Proof of Work and Proof of Stake?

Looking for a reliable cryptocurrency exchange? We recommend you Binance – the most secure and popular crypto exchange in the world.

What is Proof of Work? 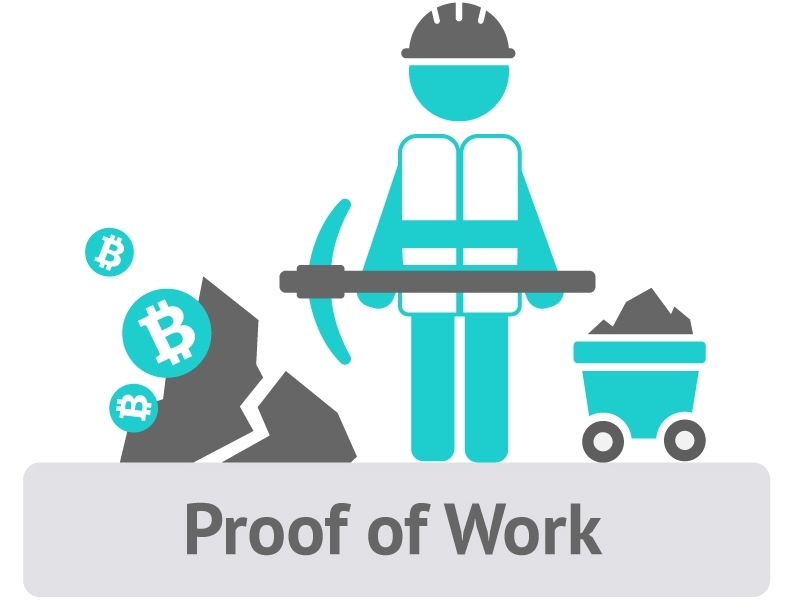 Proof of Work (PoW) is the first consensus algorithm used in most cryptocurrencies, including Bitcoin, so it is also the most well-known algorithm at the moment. With the help of Proof of Work, blockchain participants are rewarded in the same cryptocurrency in which they perform transactions. Transactions are confirmed when a new block is added to the block chain. This process is called mining, which means that miners are busy adding new blocks.

To do this, miners must provide a solution to an arithmetic problem, showing that there are no errors in transactions. Many major cryptocurrencies are based on the Proof of Work method. Among them are Bitcoin with the SHA-256 algorithm, Ethereum with Ethash, Litecoin with Script and Monero with CryptoNight.

Although the Proof of Work algorithm is used by the largest cryptocurrencies, this method has some disadvantages. Solving arithmetic problems requires a lot of time and energy. For this reason, miners and video card manufacturers always try to developthese are new devices that meet high requirements. Due to the increasing complexity of computer tasks, conventional video cards are almost not used. Rather, so-called ASICs are used, which have a high level of data processing. Combined with cheap cooling and cheap electricity, mining can be very profitable.

How does Proof of Work work?

Network participants must solve a relatively complex task using their equipment in the Proof of Work algorithm. Whoever finds the right solution can use it to prove that they can add a new block to the block chain.

It is also relatively easy to check the correctness of the solution here. After solving the puzzles, the miner generates a hash from the solution and the contents of the block. If this hash meets certain conditions, it will be checked by other nodes in the network. If these nodes confirm its validity, the miner will receive his reward. The block is considered verified and can be added to the block chain.

Depending on how many participants are working on the network and what computing power is used, the complexity of the task is artificially increased in order to intentionally delay the generation of new blocks. This is why blockchains take time to verify new transactions when the block chain uses the Proof of Work algorithm.

Advantages of Proof of Work

The consensus mechanism protects the blockchain from attacks and incorrect transactions. Attacks will require large computing power and, therefore, will cause high costs in advance, without a guarantee of success and high returns. This does not rule out attacks, but makes them relatively unlikely.

In addition, the Proof of Work algorithm artificially slows down the system, since only a certain number of blocks can be generated in an hour. This helps the system protect itself from DDoS attacks.

Disadvantages of Proof of Work

In the Proof of Work algorithm, incorrect information is detected by comparing it with the restdata management in the block chain. Thus, the absolute majority can get into the information about the blockchain. This opens up the unlikely possibility of a so-called 51% attack.

Mining pools that provide more than 50 percent of the total computing power can compromise the security and stability of the network. With bitcoin, the probability of such an attack is very small, since miners work all over the world. If a large country, such as Russia or China, decides to start mining transactions, blockchain developers should provide a solution.

In addition to this danger, the problem of energy consumption is known. Bitcoin's energy consumption is increasing every year as the number of miners continues to grow and more and more people use Bitcoin. Experts in this field currently assume that electricity consumption will be 16.36 terawatt-hours per year. In many countries, most of the energy is generated by coal-fired power plants. This means that Bitcoin pollutes the environment.

What is Proof of Stake? 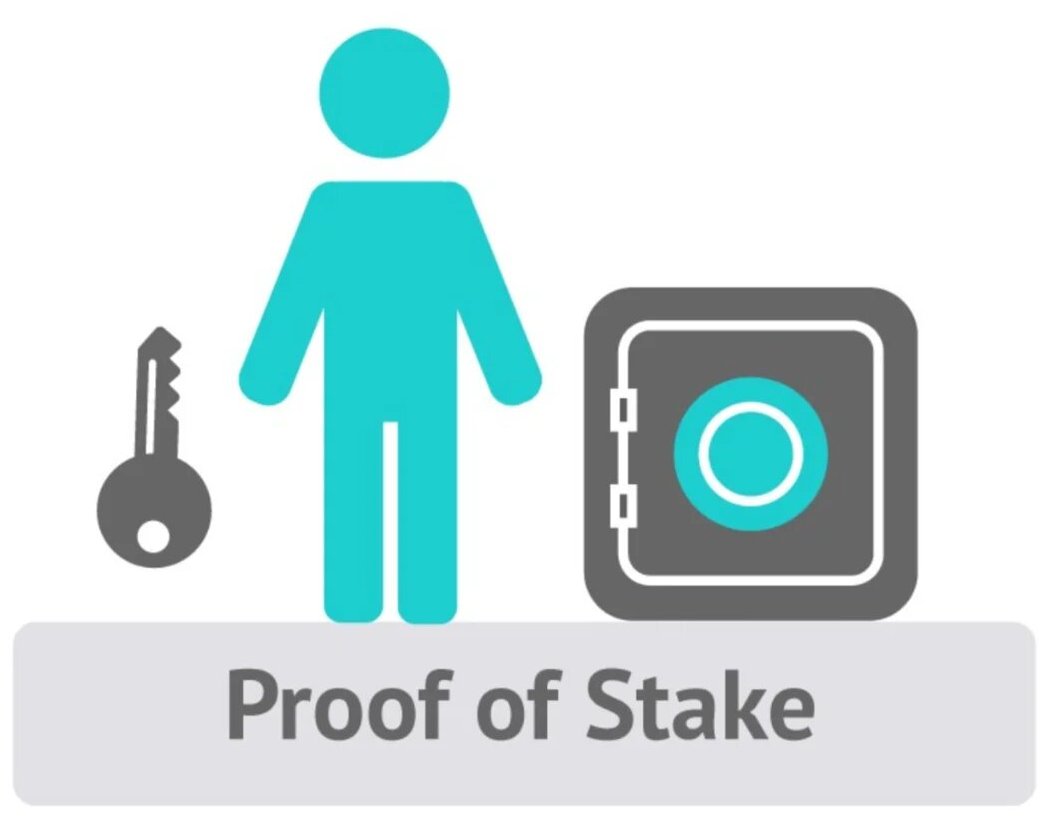 Proof of Stake gives nodes with a share of network tokens the right to receive a reward for checking blocks. This consensus, unlike the Proof of Work algorithm, is much more environmentally friendly.

How does Proof of Stake work?

When using Proof of Stake, transactions must be confirmed by nodes participating in the network. However, you can't just participate, you have to bet a certain amount of money first. This is called a bet.

When someone bets more than another, the chance of getting permission to check blocks is much higher. If another miner bets the same amount, in this case the bets are played out like in a lottery. This happens completely by accident. Anyone can participate in this algorithm, although you should have enough money to start with.

The moment someone decides to leave the network, they get their bet back. After all, it's a kind of pledge. Although it is slightly different from a regular deposit, because you can earn money on this deposit. So you can consider this as a kind of interest that you get on the deposit rate.

The Proof of Stake algorithm is much simpler and cheaper to use than Proof of Work. Therefore, the team behind the Ethereum cryptocurrency decided to switch to Proof of Stake. Ethereum is being converted into a hybrid version of the two protocols: in the future, about one percent of the blocks will be protected with Proof of Stake. In addition, this protocol is preferred by many new cryptocurrencies. These include Solana, Cardano, Algorand, Tezos, Cosmos, BlackCoin, PivX and others. The list of cryptocurrencies using PoS is growing every day due to its popularity.

Advantages of Proof of Stake

Compared to Proof of Work, Proof of Stake is much safer for the environment. In Proof of Stake, a node performs work only when it is selected for verification. Thus, energy is not spent on work that will not ultimately be used for blockchain. Therefore, we can say that Proof of Stake is a "green" way of mining.

In addition, Proof of Stake is also a secure algorithm. If someone wants to carry out a 51% attack, they first need to have more than half of all cryptocurrencies at their disposal. The chances of this happening are so small that it can be assumed that it will never happen.

Disadvantages of Proof of Stake

However, Proof of Stake has drawbacks. For example, this algorithm mainly attracts people with a large wallet. People who have little money should not choose this algorithm.

That's why a new algorithm emerged from Proof of Stake - Delegated Proof of Stake (DPoS). This algorithm has delegated bid confirmation. You can be selected as a delegate through the voting system, which means that you are allowed to mine. Thus, DPoS is a democratic version of Proof of Stake.

Read also the article "What are stablecoins?".