Web 3.0 – the decentralized network of the future

What is Web 3.0? What is the difference between Web 3.0 technology and Web 1.0 and Web 2.0? What are the advantages and disadvantages of Web3? How does the decentralized Internet work? How to invest in Web3?

The Internet has long been an everyday part of our lives. However, it has undergone many changes over the years. If earlier we could only read text and watch videos, now the Internet has become more interactive.

It looks like we are on the verge of another radical change in the network. Now there is a lot of talk about the transition from Web 2.0 to Web 3.0. As the hype around cryptocurrency, NFT and the metaverse is gaining momentum, Web 3.0 is attracting more and more attention. But what is Web 3.0? How does it work? And what will the Internet look like during Web 3.0? You will find answers to all these and other questions in this article.

To fully understand what Web 3.0 or Web3 is, it is wise to first look at the history of the Internet. Before Web 3.0, we had Web 1.0 and Web 2.0. When you understand exactly what the first two networks are, it will be much easier for you to understand what Web3 is and why there may be a future for it.

Web 1.0 consists of simple websites. Imagine a web page where you really can't do anything except read the information. It wasn't interactive, but there was a lot of content available. In fact, these were books processed on the web.

At that time, the Internet was still quite small, but it was a way to get a lot of information at your disposal. Here the foundation was laid for what would later become Web 2.0 and then Web 3.0. 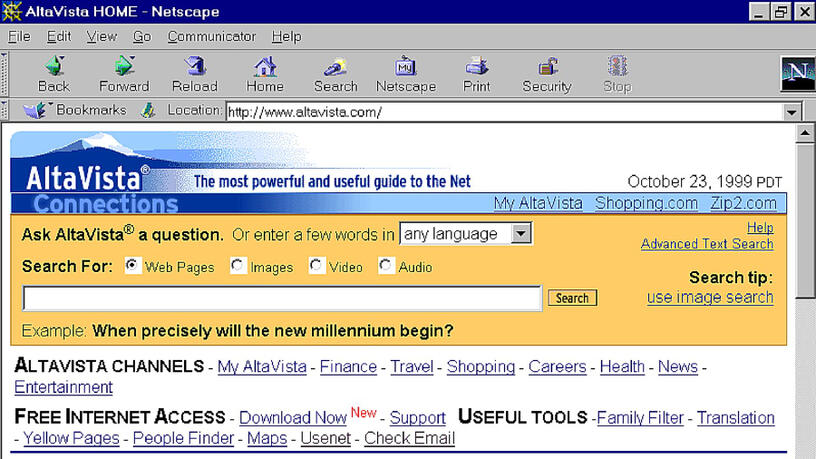 In 1998, we switched to Web 2.0. During Web2, the Internet was increasingly used as a means of communication. From that moment on, Internet users began to contribute to the Internet. It became more and more interactive.

From now on, you had not only web pages similar to encyclopedias, but also social networking sites, blogs, video sites, etc. Web 2.0 is basically what we know about the Internet today. You can do anything you can imagine.

You can also add something to the Internet yourself, for example, by posting your own website or leaving a comment under the page.

In Web 3.0, in fact, we are all responsible for the Internet. Open source is an important part of Web3, anyone can add something to the Internet using Web 3.0.

In addition, all data will be decentralized interconnected. This is probably the biggest change compared to Web 2.0. All the data that gets to the Internet will be stored in a decentralized manner using Web 3.0.

Cryptocurrency and blockchain will make a big contribution to Web3. Blockchain is also decentralized and is a registry in which data can be stored.

Thus, with Web 3.0, the Internet will process data in a decentralized and automatic manner. Everyone will contribute to the Internet, and there will no longer be big players like Google solely running the Internet.

The video below explains what Web3 is using various examples.

Advantages and disadvantages of Web 3.0

Like everything else, Web 3.0 has both advantages and disadvantages.

Web 3.0 can be compared to dApps - decentralized applications that are blockchain software. dApps, as well as Web 3.0, is open source. This means that the software code is publicly available, and anyone can access it and, therefore, can copy and use it.

A specific example of dApps is, for example, Augur. Augur is a decentralized application on the Ethereum network, and you can compare it with Unibet. You can use Augur to place bets on the outcome of certain events, for example, sports competitions such as MMA fights, as well as the results of the crypto market. For example, you can bet on whether the price of a certain cryptocurrency will be higher than a certain target on a certain date. Thus, Augur is completely decentralized and has an open source code.

For example, you can invest in a DEX token. Think also of the Uniswap token (UNI) or the PancakeSwap token (CAKE). When you invest in a DEX token, you are basically investing in the success of DEX. The token often serves, for example, as a management token. This means that token holders can vote for the future of the platform. Thus, the more people use the platform, the more they will want to participate in the decision-making process, and the more people will buy this coin, which will lead to an increase in the price.

Another concrete example of investing in Web 3.0 is Filecoin. Filecoin is a decentralized protocol that allows anyone to "borrow" storage space on their computer. Everyone can also buy a place online. It's actually similar to Google Cloud or Amazon Web Services as we know them today, except that the space is provided by the users themselves, not by companies like Google and Amazon.

So you have a Web 3.0 project for almost everything we see on the internet right now. After a little research, you will quickly find a Web 3.0 project that offers a solution to a certain problem, and therefore you can invest in it.

See also what brokers there are with cryptocurrency trading.

Web 3.0 is a new form of decentralized Internet in which power is no longer in the hands of a number of large companies, and everyone who uses it also contributes to it. There is a good chance that Web 3.0 will be everywhere in a few years, so you can invest in it.

Most likely, at some point, the functions of blockchain, NFT, cryptography and even functions related to the metaverse will gradually be introduced into browsers, applications and devices that we use every day. When this happens, we will firmly enter the era of "Web3" and get more freedom and anonymity on the web and our life in general.