What is Zcash (ZEC)? How does the Zcash algorithm work? What is the price of Zcash? Where to buy Zcash? Is it worth investing in Zcash cryptocurrency?

Zcash is a peer-to-peer protocol that allows you to perform payment transactions in which all information remains confidential. Users can enjoy all the benefits of the blockchain, protecting their financial data from other network users. Transparency, which is part of blockchain technology, becomes the user's choice. You can choose at least four different transaction methods, depending on your personal privacy preferences.

Don't know which exchange to choose for trading cryptocurrencies? We recommend the most reliable exchange in the world – Binance. Here you will find a wide selection of liquid assets, low fees and a free card for paying with cryptocurrency for goods and services.

What is Zcash (ZEC)? 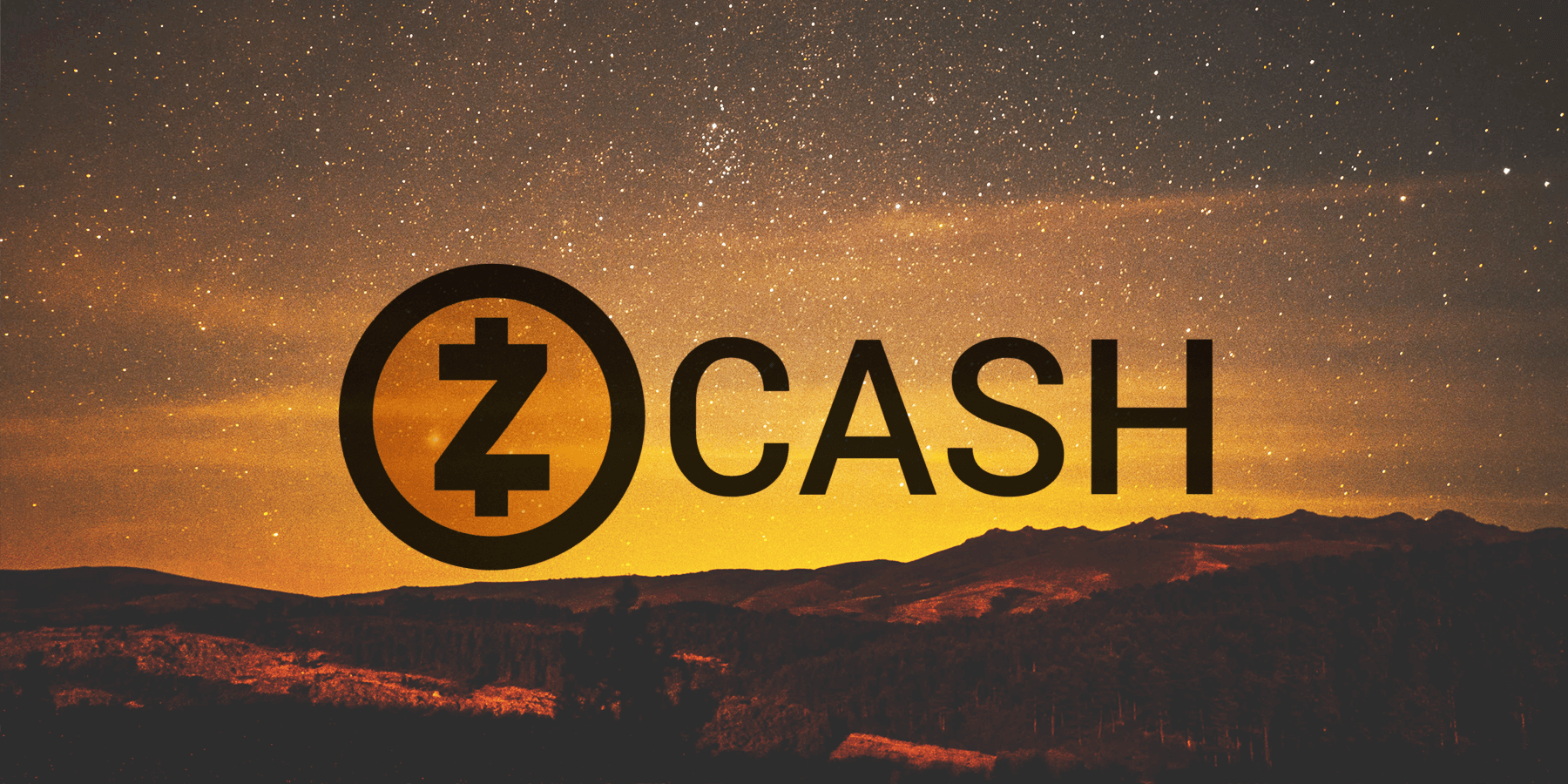 Blockchain technology provides many advantages, such as security and transparency. Transactions are executed in a peer-to-peer network, where they are verified using a consensus algorithm. Blockchain uses open source code, where transparency is the central element. Each digital wallet has a unique address consisting of numbers and letters. Despite the fact that your personal data is not directly related to the transaction, the concept of privacy is questioned here.

Zcash is a cryptocurrency that fully guarantees financial privacy. The protocol ensures the security of your financial information, so it cannot be viewed, transmitted or used for other purposes.

Zcash, like Bitcoin, aims to become an alternative means of payment. Despite the power and potential of bitcoin, according to the Zcash team, one important component was missing - confidentiality. That's why Zcash appeared in 2016 as a fork of bitcoin. There are also only 21 million tokens. As in the case of Bitcoin, the reward for mining Zcash is halved every year (this process is called halving).

When we pay in cash, no one knows how much money we actually have and where this money comes from. However, with the development of the blockchain, the situation has changed. Thanks to transparency, everyone has access to your financial data.

For example, you can enter a bitcoin address through sources such as blockchain.com , where all information is available. In the example below, we see the address of one person who has at least 288,126 BTC. Here you not only see confidential financial information, but also from which address this person sent and received bitcoins.

See also what Solana is.

How does Zcash work?

The Zcash algorithm uses the Zero-knowledge proof protocol, with which miners can verify transactions without receiving any information about these transactions. This method implies that the statement is true without revealing the details of this statement.

Thus, personal data is encrypted in the block chain, but can be verified by the network based on consensus. This refers to a special construction of evidence by which it is possible to prove possession of certain information without actually disclosing this information.

Thus, the miner can see that both people have a common key and both have authorized the transaction. At the same time, the miner does not have access to the contents of the transaction. In practice, of course, these are complex cryptographic proofs.

zk-SNARKs is a short, non-interactive, zero-knowledge argument that refers to the anonymity of transactions. Thanks to this technology, no interaction is required between the sender and the recipient. This is realized by a complex mathematical formula.

The Zcash protocol is possible only through the implementation of the Lambda parameter. Therefore, it is important that this parameter remains secret. If someone finds out about this parameter, this person will be able to create false evidence, which will disable the system.

Zcash offers users the ability to encrypt their transactions, but this is not a requirement. Thus, they have the freedom of choice, to do it or not. Two types of Zcash addresses are possible:

The first halving of Zcash took place at the end of 2020, as a result of which the network was updated under the name Canopy. It has created a new network development fund for four years until the next halving. Thanks to the Canopy update, the financial flow support mechanism has been improved and new security standards have been introduced.

The Zcash cryptocurrency was launched in October 2016 by Electric Coin Co, an ambitious team of independent scientists and cryptographers. The founder of the protocol is Zuko Wilcox, who has more than 20 years of experience in open and decentralized systems. It is supported by the Zcash Foundation. This is a non-profit organization whose task is to maintain and constantly improve the protocol. This fund was established in 2017.

See also what Cardano is.

What is the price of Zcash?

If you want to invest in Zcash, then first you need to know its price. To do this, you can use the CoinMarketCap service. If you are going to trade Zcash, we recommend that you do technical analysis to see the best moment to buy or sell. 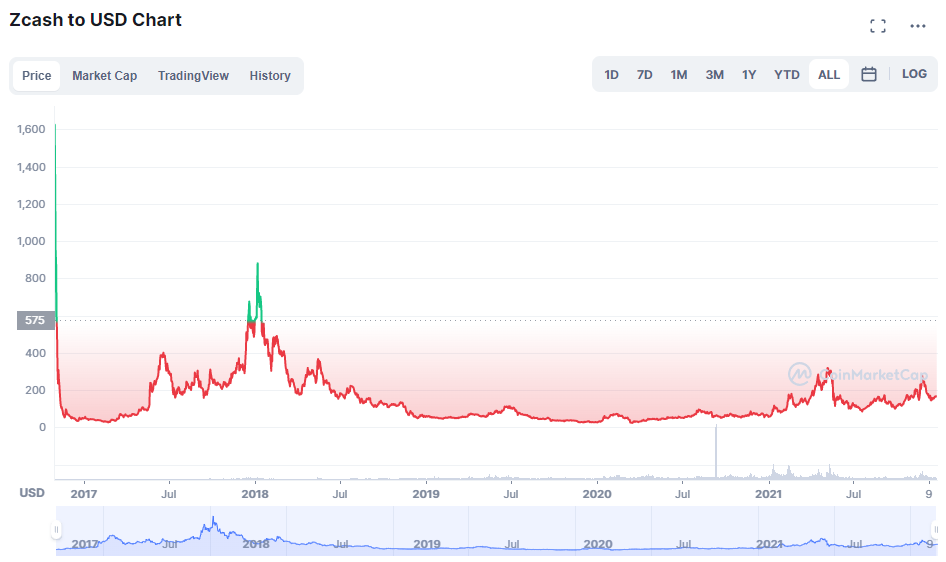 In the CoinMarketCap rating, the ZEC cryptocurrency is in the TOP 100 by capitalization in 64th place. This coin has good prospects, especially if Bitcoin continues to grow in 2022.

Where to buy Zcash?

Most of the leading exchanges offer to buy Zcash, for example, Binance. There are also many liquidity pools on DEX, such as Uniswap, where you can find Zcash.

The emergence of blockchain technology has brought a number of advantages, including transparency of transactions. This transparency is more often used to study the actions of whales in order to anticipate the market. However, such transparency in the network is accompanied by a privacy problem.

Zcash can guarantee privacy and anonymity on the network. As a result, no one will know from whom you received the cryptocurrency and to whom you sent it. The only reason for criticism is the Lambda parameter, which should always be kept secret. If it gets hacked, the Zcash protocol will have problems. Fortunately, the team is constantly optimizing and improving this parameter to and further guarantee the privacy of its users.